The First Case of Sibling Rivalry 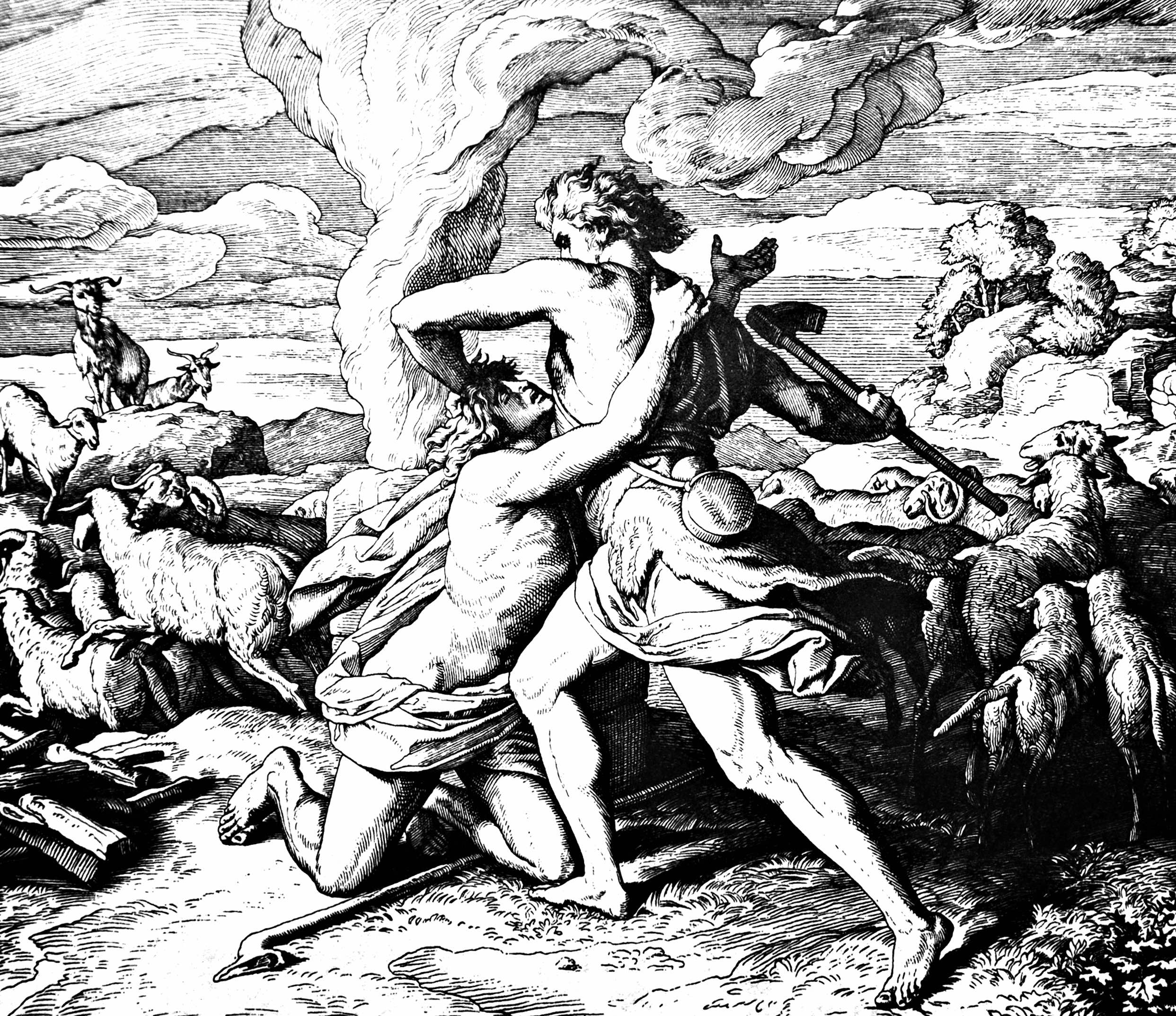 The Bible may be a religious book for Christians and Jews, but it's also one of the most-used sources of inspiration for other stories. It's important to know these biblical stories to understand literature, movies, poetry and theater. Cain and Abel is one of those stories alluded to in many famous stories of today.

Cain and Abel were the sons of Adam and Eve. Cain was the firstborn, who became a farmer. Abel, the younger, became a shepherd. It came to pass that both boys offered something to the Lord. Cain brought fruit of the soil, while Abel brought "the choice firstlings of his flock." The Lord accepted Abel's offering, but not the one from Cain. Why? That has been debated for generations, but most scholars believe that it comes down to Abel offering the best of his flock, while Cain did not set aside the best of his harvest. Cain became jealous of Abel and murdered him. He then lied to the Lord when asked about it. The Lord cursed Cain and marked him for life.

Cain and Abel in Pop Culture

One of the newest versions of Cain and Abel could be Thor and Loki in the Marvel Cinematic Universe. Thor is righteous and loved by his father, while Loki cannot seem to earn the praise he desires. In another case of sibling rivalry in the MCU, look at the sisters Gamora and Nebula in "Guardians of the Galaxy." These characters have many similarities, but probably every fan of the MCU is hoping that Loki doesn't kill Thor.

Remember the poem "Beowulf" from high school literature? Grendel, a monster feared by everyone except Beowulf is thought to have been descended from Cain. Beowulf is able to defeat the monster and his mother, even though their lineage suggests a sort of brutality.

Shakespeare alludes to Cain and Abel in "Hamlet." Hamlet's father is murdered by his younger brother, Claudius. Hamlet wants revenge; thus Hamlet is playing God, in a way. Reading "Hamlet" through the biblical lens of the story of the first sibling rivalry adds to the understanding of the story. Shakespeare also alludes to sibling rivalry in "The Taming of the Shrew," "As You Like It" and "The Tempest."

In 1995, 4 Runner, a county band, released a song called "Cain's Blood." Cain and Abel are used as a metaphor in the struggle between good and evil:

Then Abel saw it meant the life; But, in those days, there was no Knife:

So he up with his big bull-goad instead, But Cain hit first and dropped him dead!

The Herd-bulls ran when they smelt the blood, An' horned an' pawed in that Red Mud. The Calves they bawled, and the Steers they milled, Because it was the First Man Killed; - An' the whole Herd broke for the Land of Nod, An' Cain was left to be judged by God!

But, seein' all he had had to bear, I never could call the Judgment fair!

The allusions to Cain and Abel are plentiful. Watch for the different ways the sibling rivalry trope is used in literature and movies to understand why the Bible is not just a book for Christians, but those who want to understand the arts, history and culture. It's suggested that the Assyrian Empire collapsed over sibling rivalry, because the sons of the king would murder each other until there was only one left, the strongest. It's an example of real life meeting the Bible.