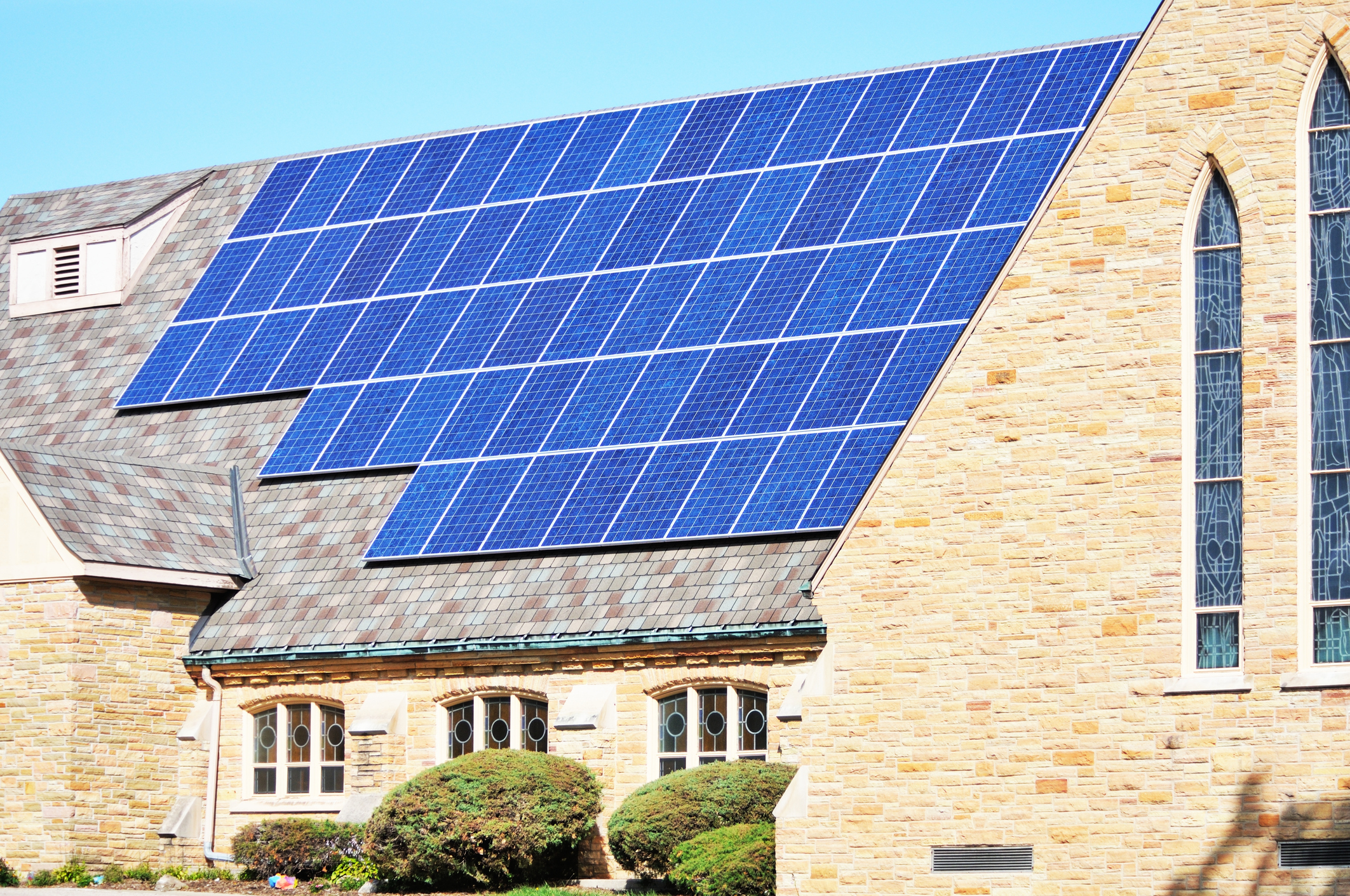 The Church Divinity School of the Pacific, based in Berkeley, California, installed solar panels on three of its halls. This is thought to be the largest solar installation on any theological seminary in the United States. Harnessing the energy from the sun will save the school almost $120,000 annually. The flat roofs of the buildings give a lot of southern exposure, making the solar panels very effective.

North Dakota has gotten a lot of publicity this year due to the Standing Rock protests. Long before the protests began, the Diocese of North Dakota had already begun work on sustainable energy within its ministries and congregations. The project was awarded $95,000 in grants this year from the church, which will go into shifting to renewable energy sources, such as solar, wind and water. Church members oppose the Dakota Access Pipeline, and the sustainability project will go a long way in making changes in the use of the land and resources.

In 2015, the Domestic and Foreign Missionary Society initiated a campaign called "30 Days of Action" to "engage individuals and congregations in a conversation about climate change." Although the campaign was designed to open the dialogue about climate change, the leaders hope that members of the church will put their faith into action. Episcopalians need to be environmental stewards. Climate change was also discussed at the Episcopal Youth Event, with the hope that teenagers would become agents of environmental transformation.

The Anglican Church of Burundi has pledged to plant five million trees to offset deforestation within the country. The Episcopal Church has pledged to help plant one million trees in the first year of the campaign. These organizations are working with the Burundi government and private organizations to plant "one tree for every person" in the next ten years. Early reports indicate that planting trees is already benefitting the refugees who are living on a hillside, as well as the wildlife in the area. The new trees are also preventing flooring and improving agricultural yields.

The Episcopal Church in eastern Michigan responded to the need for water in Flint, even before the crisis became a federal emergency. The church wanted to respond to the city's short-term needs and find long-term solutions to the many problems in Flint. Bishop Todd Easley said, "There is an ongoing, systematic ignoring of the plight of people in poverty and people of color."

The Church Puts Its Money Behind Their Goals

Episcopal churches across the country have the opportunity to apply for grants, which focus on "mitigating climate change and safeguarding the integrity of Creation. It's not only congregations that can apply, but seminaries, schools, nonprofits and dioceses, which must also find ways to be more eco-friendly. The church knows that it takes large sums of money to make changes to buildings in order to make them more user-friendly. The hope is to make buildings more accessible and less expensive to run, making these places available to more groups in the community. The Episcopal Church doesn't just preach about recycling and reusing, it does it.