The Day the Church was Full of Dorian Grays

One by one, pastors call their followers to accept Jesus into their hearts. One by one, the sheep flock to the altar with their hands raised, allowing Him in. One by one those very same followers get into their car and find their actions unchanged.

This is a commonplace scene on Sunday morning, Wednesday night and any church gathering in between. People giving themselves over to Jesus, saying the words, raising 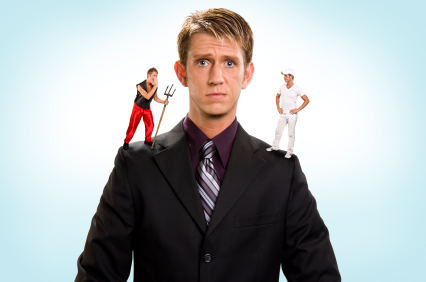 their hands, making their pledges and continuing a life unchanged.

Though the idea of the hypocritical Christian is nothing new. Churches have been demanding more than Sunday mornings forever. However, with the Evangelical movement taking a firm hold of the country, this quest has a dramatically increased fervor. And with their emphasis on youth, a group prone to participating in contemporary hedonism, we are society become filled with Dorian Grays.

I'll first start by explaining Mr. Gray, for everyone who is not a fan of gay, drunk Irishmen who were authors as the Victorian era saw its fall. Dorian Gray is a principal character in The Picture of Dorian Gray who is young, impressionable and beautiful. He is the essence of youth. However, pulled in two polar directions, to the right Victorian society and to the left a hedonistic underworld, he slowly becomes enamored, or "keenly intoxicated" with his double life.

Even after he had caused suicides and spilled blood with his own hand, people have not the slightest idea that this beautiful man has become evil beneath his porcelain skin. Why did they miss this? Because of his appearances in society, he was given a safety blanket of high opinion.

Maintaining the aesthetic of propriety and piety lead to a better cover for hedonism.

This is the story of many Christian youth and Christian Youth ministries today. Because of their stellar attendance to youth groups and summer camps, no one notices when they slip away to have sex in the woods. It has been proven that even though you wear a promise right you can still undress someone else and because you bow your head in prayer, you are not rendered incapable of calling up a friend and buying some drugs off them.

But what is the church to do? They plead youth not to party, they beg them to wait until marriage and they explain how hot brimstone can feel on someone's skin when they head south, not north, on their way to spend eternity somewhere after they have died. These youth groups have made pledges, hold camps and have tried to shield youth from the realities of the world's ability to sin.

These churches have not, however, really educated their youth which effectively leaves all of their urges shrouded in mystery. Now, I am not much of a detective, but if Sherlock Holmes has taught me anything it is that people love a good mystery and are keen on solving them.

It can be seen, youth are frequenting increasingly conservative churches, often times without their parents' influence yet teen pregnancy is on the rise and there are rampant drug problems in some of the most conservative regions in the country. Mississippi, where church attendance is greatest, has one of the highest rates of teen pregnancy. This is the story for the entire Bible belt.

Where is the disconnect? Ã‚ How is the message that is being beaten into children to be proper and pious failing to take hold?

(There will be no definitive answer to be had here, just the idea that education, not condemnation may help bridge the gap.)

A last important point to note is what happened at the end of The Picture of Dorian Gray. This double life led his demise and people were mired in surprise and disbelief.

Had he been allowed more freely express himself and his desires, his hedonism would have subsided before he destroyed a thick cross section of society. In a more open society an underworld, double life is unnecessary and kept in check. He destroyed people young and old, beautiful and ugly, rich and poor. No one is immune to desire, and it is society's job to educate the masses about how to properly navigate it without destroying someone else. Hiding something under the rug allows for unchecked perversion allowed by a blind eye. A little openness may shed a little light and fight off the darkness allowed by secrecy.

If you feel called to become a pastor online, please be sure your youth are Ã‚ not afraid to confess their sins and please provide them with real help, not condemnation.