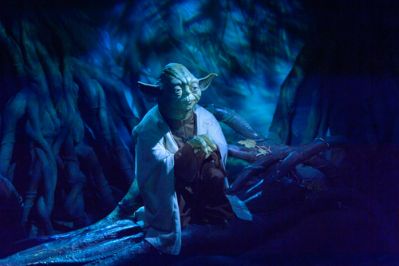 Believe it or not, around 4,200 different religions exist around the world. Some, like Christianity, Judaism, Islam, Buddhism, and Hinduism, are well known and account for most of the world’s population. But never underestimate people’s penchant for creating their own religions. Here in alphabetical order are 10 of them you’ve likely never heard about before.

This religion is based on Greek gods and Norse myths, such as the tales of Odin, Loki, and Thor. While this may sound like the stuff of which blockbuster movies and TV series are made, Asatru adherents take their views seriously and believe they are being true to their early European religious roots.

This religion exists mainly in Brazil. Its basic tenets state that there is one supreme divine being who rules the world and has help from “smaller” divine beings. It is believed that Candomblé had its roots in West Africa and came to Brazil through slaves brought to that country on ships.

Church of All Worlds

This American religion headquartered in California is one of the oldest offshoots of neopaganism, centering its beliefs around the Mother Earth goddess Gaia. Its mission is to reawaken Gaia and reunite her children through a tribal community dedicated to responsible stewardship and evolving consciousness.

This religion is a spinoff of Shiite Islam. Although it has been around since the 11th century, today it flourishes mostly in Syria and Lebanon. Somewhere between 700,000 and 2 million people across the world adhere to Druse, but perhaps its most famous adherent was Casey Kasem, the wildly popular American disc jockey who hosted the “American Top 40” radio show from 1970 to 2009.

This religion flourishes in India where it claims four million members, with an additional two million worldwide. Jainism’s main focus is to lead its followers to clear themselves of all karma and therefore take themselves out of the reincarnation cycle.

May the Force be with you. Yes, this religion actually exists, and yes, it’s based on the Star Wars movies, specifically the belief system of the Jedi Knights as exemplified by Yoda, Obi-Wan Kenobi, Luke Skywalker, and originally and ultimately Anakin Skywalker, aka Darth Vader while he was under the spell of the Dark Side. While Jediism adherents deny that they pray to Yoda or any other Jedi, they do live by 16 Jedi teachings and 21 Jedi maxims, such as “Jedi are mindful of the negative emotions which lead to the Dark Side.”

This is an African religion that worships the water spirit for which it is named. Its adherents believe that Mami Wata will bring good fortune to those who responsibly use water.

This very small religion, claiming only around 70,000 believers in 97 countries, is all about extraterrestrial life. Its adherents firmly believe that extraterrestrial beings have come to earth in the past and still do today so they can bring their messages to human beings about how to live.

Yezidi is another offshoot of Islam. A combination of Shiite and Sufi Islamic beliefs, the Yezidi have been very ill-treated in their native Iraq, to the extent that American troops were sent in to help free them from their considerably more vociferous ISIS persecutors.

This religion flourishes primarily in Iran but still represents a very minor religion, claiming fewer than 100,000 adherents worldwide. The main teachings of Zoroastrianism are that good is “all good,” but that evil tries to influence it.

So if you’re dissatisfied with the religion in which your parents brought you up and are searching for one more to your liking, don’t forget to explore the world’s minor religions as well as its major ones. You may just find the religion you’ve been looking for.