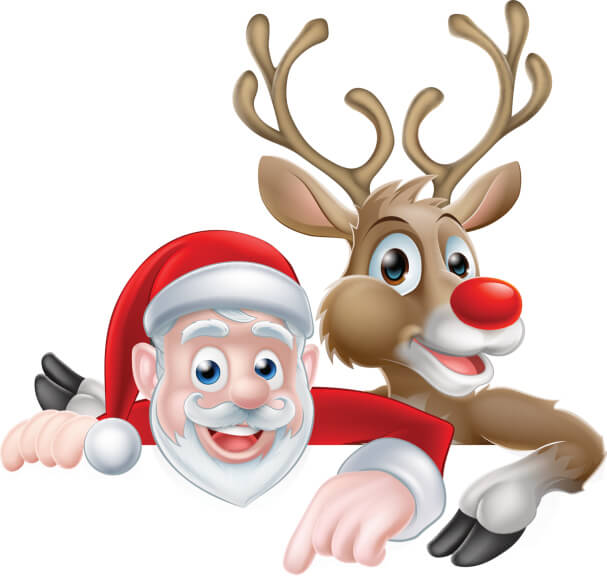 Once Halloween is over, many people start focusing on Christmas. You might hear Christmas music playing on the radio, see Christmas displays in stores, and watch Christmas commercials on television. This is also the time of year when many parents convince their children that Santa Claus is watching them to see if they behave. If they do, Santa Claus will bring presents on Christmas Eve for the children to open Christmas morning. Perhaps you believed in Santa Claus when you were younger. Maybe you never believed in Santa Claus at all. Whether you are a parent yet or not, a decision you will have to make is whether or not you would like to tell your children about him. There are arguments both for and against, and only you can decide what will work best for you and your family.

The origin of Santa Claus goes back hundreds of years to a man named Saint Nicolas. Saint Nicolas was a Greek bishop who was well known for being generous with his gifts to children. He was a devout Christian and dedicated much of his life to helping the poor. During the Middle Ages, children were given gifts in his honor on December 6. Over time, it has been moved to December 24, and he has become known to many as Santa Claus. However, he has many other names internationally, such as Saint Nicolas, Kris Kringle, Father Christmas, Pere Noel, and Grandfather Frost.

Today, in America, most people celebrate the tradition of St. Nicolas in the same way. In general, children try to stay on their best behavior in case Santa Claus or one of his elves is watching. The elves are believed to report back to Santa to determine whether or not the children belong on the nice or naughty list. Often, people will bring their children to see Santa Claus at a nearby mall or shopping center, and they will tell Santa what they want for Christmas. Sometimes, they mail a letter to the North Pole, where they believe Santa lives. On Christmas Eve, children believe Santa slides down the chimney, fills the stockings with little treasures and leaves the children the gifts they've been asking for.

Arguments Against Telling Children About Santa

While Santa brings a lot of children joy and excitement, there are many who are worried that telling children about Santa is too misleading and deceptive. They are concerned with the fact that parents have to lie to their children over and over again throughout the Christmas season in order to convince them that Santa is real. Once children find out he is a myth, critics are concerned it will lead to a lack of trust between children and parents.

Why Parents Tell Their Kids About Santa

Despite these risks, the majority of parents who celebrate Christmas decide to tell their children about Santa Claus anyway. There is something about being a child that makes Christmastime so magical. Part of that is because of the belief in Santa and Santa's workshop. It is a joy to see a child's excitement when they see the Christmas presents wrapped under the tree after Santa Claus visited them overnight. Most who believed in Santa Claus as a child probably remember experiencing a little bit of disappointment once they found out Santa Claus wasn't real, but the vast majority did not have any trust issues with their parents afterward.

Only you can decide whether or not you should tell your kids about Santa Claus. There are advantages and disadvantages. Your children likely won't be angry at you no matter which route you choose.