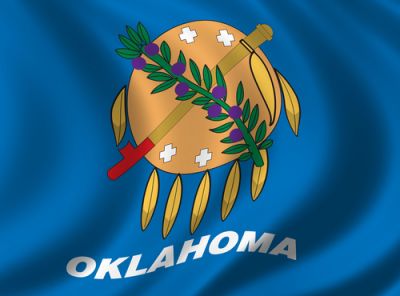 In the 19th century, many Native Americans across North America were relocated to the territory known today as Oklahoma. The state’s name comes from Choctaw words meaning “red people.” Over 25 Native American languages are spoken within its borders, the third highest in the US after Alaska and California. Oklahoma recognizes its heritage through museums, historical sites and cultural centers throughout the state. Here are some of the top places to learn more about the 67 different Native American nations that have called Oklahoma home.

Tahlequah is recognized as the capital of two Cherokee tribes: the Cherokee Nation and the United Keetoowah Band of Cherokee Indians. The town is a mecca of history and culture, but the place that brings it all together is the Cherokee Heritage Center. One of the best exhibits of how the Cherokee people lived is the Diligwa 1710 Cherokee Village. It’s not a traditional museum experience, because it features ancient structures, cultural practices and life-size sculptures that truly tell the story of the people who were forced out of their indigenous territory and moved to Oklahoma.

This National Literary Landmark is a one-room log cabin furnished as it might have been when Sequoyah lived in it in 1829. Sequoyah is known for creating the Cherokee alphabet, making it possible to read and write in the language. This small museum has artifacts and documents from his life on display.

Part of the mission of the Standing Bear Museum and Education Center is “to educate all nationalities about the Native American heritage and the important role Native Americans have played in developing our country[‘s] diverse culture.” This exhibit features a 22-foot bronze statue of Chief Standing Bear, a Ponca Native American chief who argued in federal court that Native Americans were people under the law and had a right to habeas corpus. He was successful, by the way. You’ll see tribal displays, artwork and cultural exhibits at this 63-acre park, which also features some beautiful outdoor exhibits and nature walks.

Although most of Oklahoma City’s museums have special sections dedicated to Native Americans, this museum focuses solely on Native American art and artifacts. You probably won’t find a more extensive collection of pottery, basketry, textiles and beadwork in one place anywhere else in Oklahoma. Make sure to check its calendar for some of the special events that the center hosts. Red Earth Treefest is a beautiful collection of 25 Christmas trees adorned with ornaments representing the diversity of Native American people and nations in Oklahoma.

Although this museum focuses on the history of Bryan County, in southeast Oklahoma, it does have a Native American Gallery that highlights the contributions of the Indian nations located in the area, such as the Choctaw Nation. It won’t take a long time to go through the museum, but there are plenty of other local sites that explore Native American heritage. Fort Washita was built to protect the Chickasaw and Choctaw tribes from raids. Wheelock Academy was an all-girls school for the Choctaw Nation.