Switch Up Your Thanksgiving Traditions 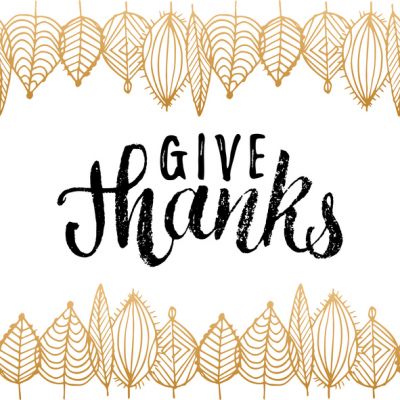 Thanksgiving might be an American holiday, but cultures around the world have celebrated the harvest for centuries. This year, add something new to your Thanksgiving celebration by remembering your own heritage. Cook something that your ancestors might have cooked at harvest. Find ways to incorporate ideas from other cultures that could add meaning to your own Thanksgiving Day. It’s not just about food, football and shopping. Let’s take a look at how other countries and religions remember the bounty of fall.

In Britain, the harvest is celebrated earlier, the Sunday near the Harvest Moon around the end of September or early October. It’s called Harvest Festival. The day is important to people in the UK, but it’s not a national holiday. Corn is one of the important crops in Britain. The last sheath of the harvest might be turned into a corn doll, which would be placed on banquet tables during the feast. The doll is kept until spring for a continuation of a good harvest the following year.

Our neighbors to the north call it Jour de l'Action de Grâce. It was first celebrated back in 1578, but not made a national holiday until 1879. Today, it’s observed on the second Monday in October in the same fashion as Americans do with plenty of turkey, mashed potatoes, fall vegetables and stuffing. The Canadian Football League even televises a doubleheader on Monday. Apple pie is as common as pumpkin, but they might also serve Nanaimo bars or butter tarts.

In this Asian country, Chuseok is celebrated to remember the harvest. It’s a three-day festival where people return to their hometown to remember their ancestors by cleaning up the tombs and offering food and drink to their late loved ones. A traditional food is songpyeon, a rice cake with a stuffing of honey, nuts and black beans. The songpyeon is steamed over pine needles, which contribute flavor and fragrance to the cakes. Small and simple gifts, generally related to food, are exchanged. Honey, dried fruit, specialty olive oils or vinegars are especially popular.

The harvest festival in Germany is called Erntedankfest. Usually it is observed on the first Sunday in October, but the date is not uniformly followed in the country. The day begins with church services and a country fair atmosphere. Following the church observance, there might be a procession in which the harvest crown is presented to the harvest queen. Music, dancing and food are all part of the day. At dusk, there might be a torch parade and fireworks.

Liberians celebrate National Thanksgiving Day on the first Thursday in November. It’s a day that is similar to the American customs, because the country was supposed to be a place for freed American slaves. The food reflects local favorites, including chicken, green beans, cassavas and hot and spicy peppers. Families gather together to remember God, the United States and freedom.

In Jewish culture, the traditional harvest festival is called Sukkot, which is an eight-day festival. Many families make temporary structures, much like tents or booths, that resemble a dwelling that a farmer would live in during harvesting. Meals are eaten inside this structure and some families even sleep in the tents during Sukkot. Although food is an important part of the holiday, many times the meals are simple, not elegant. Special prayers are said, both at home and in the temple.

Known as the Spice Isle, Grenada has its own Thanksgiving Day, which is unrelated to the American holiday, except that it is celebrated in much the same way. It is observed on October 25, commemorating the US-led invasion of Grenada, which restored constitutional government. Grenadians invited the US troops to meals that remembered the American holiday, because the country was grateful to be free and knew that Thanksgiving Day (the American version) was important to the soldiers.