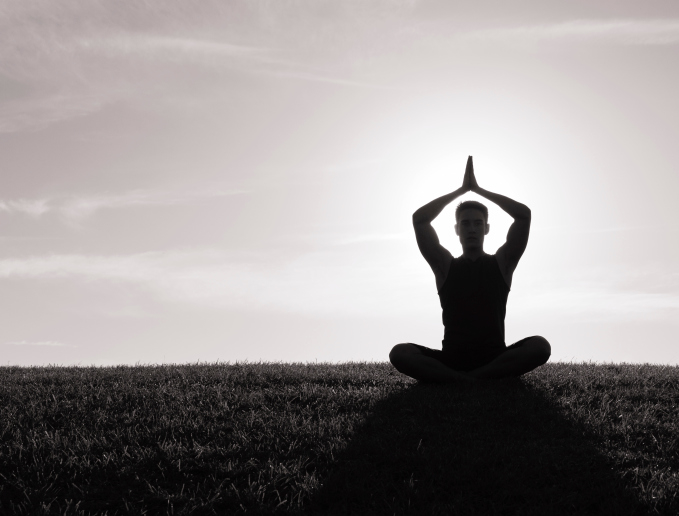 People going through a health crisis often find that their religious faith helps them get through the tough times. It gives them something to believe in and it also comforts them by putting their faith in a higher power. A study has shown that religion and spirituality can help impact health in a positive way. The National Cancer Institute studied 44,000 cancer patients and found a link between a patient's physical and psychological health. The study suggests when a patient is healthy psychologically, it means good things for a patient's overall health. A survey within the study showed that 69% of patients prayed for their health regularly.

A person can be spiritual without being affiliated with a religion. Religion means adhering to a group's or church's beliefs. Spirituality has to do more with an individual's own beliefs or personal faith. People who are spiritual may feel more at peace or feel a good connection with other people.

The patients who were surveyed who felt they were religious and/or spiritual reported feeling better physically than non-religious patients. This suggests that one's mindset can affect how you feel physically. These patients were more ready and willing to do their daily tasks and follow medical orders from their doctors, which in turn increased their chances of feeling better physically. Experts involved in the study have pointed out that spirituality helps with physical health not the religious aspect. According to analysts, this could be because of the comfort their spirituality brings them. Another theory is that people who are religious or spiritual are less likely to complain about how they are feeling physically.

In the study, patients who considered themselves spiritual or religious had better psychological health. Their outlook on life was more positive and they felt more hope. Feelings like depression, anger, anxiety, and fear are common among patients experiencing cancer or any other serious illness. However, those who stated they were religious or spiritual reported experiencing these symptoms less often than those who were not religious. This would suggest that believing a higher power is in control of your life and having a god to pray to can help with mental health.

When people are going through cancer, they may begin to feel very isolated. This may be because they feel family and friends aren't reaching out, or because they simply don't have the physical strength to get out into public. Sometimes, cancer patients cannot go into public places because of the chemotherapy they are receiving. Chemotherapy weakens the immune system significantly, and sometimes even the common cold can be life threatening for cancer patients. However, those who were spiritual and/or religious did not feel as socially isolated. This could be because even when they are unable to attend church services, friends and family were still able to visit them in the hospital. It could also be because they had the ability to watch their church service online, which helped them feel like they were still included in the world.

The study showed that patients who did not affiliate with a religion or consider themselves spiritual did much worse. This is true for physical health, psychological health, and social health. Unfortunately, because outlook on life and psychological health can impact how a patient is doing physically, this can negatively impact how the patient does during cancer treatment.