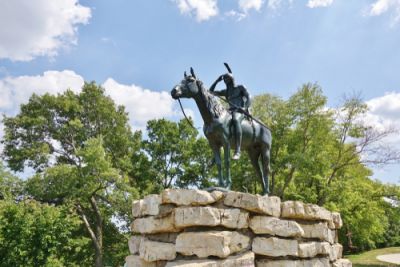 The Native American community is the oldest ethnic population in the Kansas City area. While Kansas City, Missouri, might be called the “BBQ Capital of the World,” “Cowtown” and “Paris of the Plains,” the Native American people have influenced the community for thousands of years. According to the Visit KC website, there are more than 98 American Indian tribes in the area. Here are some of the best places to explore culture and traditions of Native Americans in the city.

This center has been serving the Native population since 1971. It offers cultural activities and events throughout the year to preserve and foster American Indian cultural values. It also has emergency services fore low-income American Indians and camps for youth. Most of the board of directors and staff have Native heritage. It’s called a multi-purpose social service agency for all that it provides to the community.

This museum has several exhibits focusing on Native history. The East building is more about the history of the area, Indian agents, missionaries and the Civil War. The North building has a great deal of art and culture, including beadwork and woven baskets, that tell the story of emigrant Native Americans. It’s an amazing center.

This museum is known for its Asian art collection, but it also has an American Indian collection with pottery, basketry, paintings and sculpture. Some of the objects were donated by the Fred Harvey Company. Many of the items in the collection have been given by members of the community. You’ll see both historic and contemporary pieces. The best thing is that the collection is free to visit.

Although this museum is in Independence, Missouri, it’s part of the KC metro area. This museum preserves the stories of how the American West was settled. Pioneer travelers tell their story through quotes from their actual diaries of being on the trail. It’s an interesting place to enjoy the history of the area and see how the settlers impacted the Native culture. One interesting fact from their website: “Unlike the Hollywood film versions, very few deaths on the overland trails were related to Indian hostilities.”

This museum is on the Kansas side of Kansas City. It includes ancient history of the area and contemporary exhibits to celebrate arts, science and natural history. The museum has a partnership with the American Museum of Natural History in New York, which gives the museum access to more resources and exhibits than it could have on its own.

Download the walking tour brochure from their website to appreciate the heritage at this college. The school was founded in 1884 as a boarding school for Native Americans, but today it is a federally operated accredited college that serves the Native American community. It offers many cultural and academic events for both American Indian and non-Indian visitors. The college also has a museum and cultural center for its archive collections. Walk through the Garden of Healing and enjoy the Veterans Memorial, which are part of the center.

The walking tour takes you through the campus. The Haskell Arch and Memorial Stadium was finished in 1926. It was the first stadium with lights in the Midwest. Most of the buildings are named after famous Native Americans, including Hiawatha, Eli Samuel Parker, Roe Cloud, Tecumseh and more. Look for special symbols throughout the campus that represent American Indian culture and tribes. In Stidham Union, you’ll find a Totem Pole donated to Haskell from Mt. Edgecombe High School in Alaska. Tom Stidham, Creek Nation, coached the Buffalo Bills and Baltimore Colts. He was part of the 1926 Haskell football team that went undefeated.

If you find yourself in Kansas City, take the time to visit these amazing places and learn a lot about the history and culture of the Native American community.