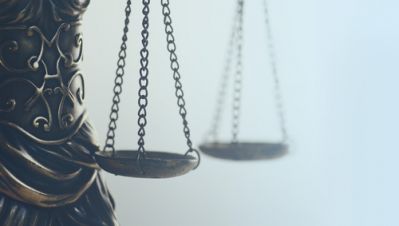 From the time you’re little, you learn about fairness and justice. You probably learned about taking turns at the drinking fountain when you were in kindergarten. When you played games like Candy Land or Chutes and Ladders, you began to understand the idea of fair play. Maybe your parents even taught you how to divide a candy bar between you and your siblings, so everyone got an equal amount. Fairness is one of the foundations of justice, the cardinal virtue that is on today’s table.

Cambridge Dictionary defines justice as “the condition of being morally correct or fair.” It’s somewhere between having too much or not enough. The Bible has a lot to say about justice:

You’re probably familiar with Lady Justice in art. Her representation is one of the most famous legal symbols in America and around the world. Lady Justice is usually blindfolded and holds a balanced scale. She was a goddess with her own temple, but historians believe that she might have been more symbolic instead of an actual deity. Her scales represent the weighing of evidence. If you see her holding the scales, you’ll note that they have no foundation. Evidence should stand by itself.

Lady Justice wears a blindfold to symbol impartiality. She wasn’t blindfolded originally, but in the 16th century, artists began to portray justice as blind to wealth, power or social status. Sometimes Lady Justice holds a sword, which represents punishment. The sword is always depicted under the scales, meaning that the evidence of the crime comes before punishment. The sword also reminds us that justice is swift and final.

Justitia, Lady Justice’s Roman name, is often portrayed with Prudentia, the personification of Prudence. Prudentia holds a mirror and a snake. The mirror represents history. The snake represents difficulties. Justice and prudence should go hand-in-hand. You should exercise wisdom and common sense in your quest for justice.

Is Justice Blind in Today’s Society?

Although justice is supposed to be blind, in today’s society, race, social status and wealth can often determine whether someone will be convicted of a crime and how that person is treated after conviction. Money buys experienced attorneys who have a better understanding of how to circumnavigate the legal system and find the best solution. Sometimes political connections come into play as to who is convicted and who isn’t.

Lady Justice can be found in three different places in the U.S. Supreme Court building in Washington, DC. In one scene, she is not blindfolded, but her eyes on fixed on Evil so she can protect Good. In another setting, she is blindfolded and cradles her scales. In another she is wearing a shawl, appearing to contemplate the statue of justice. It’s a reminder that justice can be found in the courts and is taken very seriously.

Today’s legal system is quite complex and can seem unfair based on those early standards of equality learned in childhood. It’s the framework we have for justice.