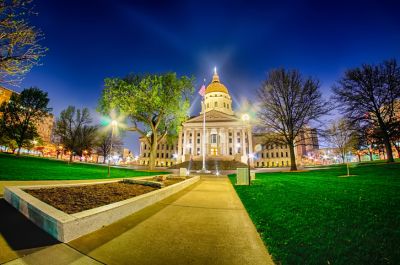 “Toto, I've a feeling we're not in Kansas anymore.”

Most people might associate Kansas with “The Wizard of Oz,” but this state has more to offer than tornadoes, the Kansas City Chiefs pro football team and rolling wheat fields. Its history dates to the age of the dinosaurs. For centuries, the Plains were home to many Native American peoples. There are some wonderful sacred sites in Kansas that would make this state a great place to explore over a vacation.

This site is considered very sacred, but it is best viewed from the air. The almost 60-foot-tall shape of a man is made of mostly limestone rocks. It is said he resembles a man lying in the grass. Some believe he is a symbol of fertility, while others think it is a religious site for nomadic Indians. It’s located on private property and is very fragile.

This strange carving is 160-feet long in a cow pasture. It resembles an image of a serpent with its jaws closing around an egg. Estimates place this work of art, cut into the sod, at 600 years old, give or take a few years. The Quivirans, Plains Indian peoples, are thought to be the ancestors of the Wichita tribe. The story of the serpent is unknown, but it’s probable that the site was considered holy ground.

This Plains Vernacular style church building was added to the National Register of Historic Places in 1971, but it was founded in 1855. The building was completed in 1862 by a decidedly anti-slavery congregation. Rifles were smuggled through pro-slavery states to get to the settlers by labeling them “Beecher’s Bibles.” The church was a stop on the Underground Railroad.

This church was relocated to the Prairie Museum of Art and History, but in its heyday you could hear the bell for miles over the prairie, calling the community to worship. The country church began in 1896, when a group of Danish settlers came together. Construction began in 1915, but a tornado devastated the wood frame before the building was finished. The congregation did not let that stop them. The church was dedicated in September. The organ was purchased out of the Montgomery Ward catalog for $45.

Chapel of the Veterans, Leavenworth

This Gothic style church was inspired by one in England. The tower features three gargoyles, not to scare off demons, but as spouts for runoff water. For many years, this church would conduct both Protestant and Catholic religious services, which was almost unheard of. It was built in 1893 and serves disabled veterans. The stained-glass windows are absolutely stunning.

German speaking Russian immigrants formed this congregation in 1876. This structure stands tall over the countryside with a spire that can be seen for miles. It was dedicated in 1905, but the congregation established itself in 1876. Construction of the church took three years. Native post rock was used as the exterior. The interior has been restored, but it’s not as ornate as it once was. A fire in the 1920s and another in the ’60s destroyed part of the church.

This church dates to 1859, but the present building was not constructed until 1884. Although the exterior is very handsome, the real draw for any visitor are the over 100-year-old Tiffany windows, planned by Louis Tiffany himself. In 1911, it cost $14,000 to install the Favrile windows. No paint, enamels or stains are used in making the glass, but it still has beautiful hues and accents. The light can change the appearance of the windows.