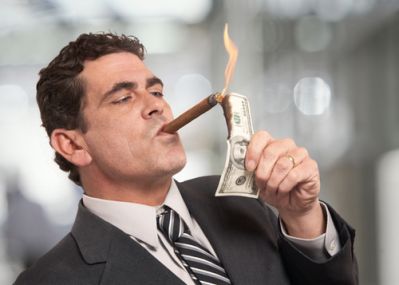 Greed, also known as avarice, is defined as “an inordinate or insatiable longing for material gain.”

Typically, greed refers to material wealth, but it can also apply to power, status and food. How is greed different than last week’s sin, gluttony? Gluttony is a lack of self-control.

Greed is a behavior in which people can’t get enough of something. Greed is selfish. Greed is often associated with hoarding. Whatever it is you want, money, power, status or food, you want to keep it for yourself. Gluttony is usually about consumption. You want something, but you want to consume it.

Andy Stanley, founder of North Point Ministries, said, “Greed is not a financial issue. It’s a heart issue.” Greedy people often don’t ever reach satisfaction, no matter how much of something they obtain. It’s not about the object you want. It’s about desire for excess.

The virtue that is opposite to greed is charity. Greed is often thought of as selfish desire. Charity removes that desire because you want others to be happy. It’s hard to love and be greedy. The traditional punishment for greed, from Dante’s “Purgatory,” is to be bound and laid face down on the ground.

Greed in Art and Literature

But Judas Iscariot, one of his disciples (he who was about to betray him), said, “Why was this ointment not sold for three hundred denarii and given to the poor?” He said this, not because he cared about the poor, but because he was a thief, and having charge of the moneybag he used to help himself to what was put into it.

Judas paid a heavy price for his transgression. He killed himself.

Greed is a motive in many movies and stories that you’re probably familiar with. Cinderella’s stepmother wanted Cinderella’s inheritance for her own daughters. The stepmother in “Hansel and Gretel” abandoned the children because she did not want to feed them.

Disney’s “Robin Hood” is about greed. Prince John taxes the kingdom because he wants more money. Robin Hood steals the money back and in an ironic twist, he almost is caught by greed himself. He has to take “one more bag” from Prince John and alerts the prince to his presence. If Robin Hood had left that bag, he might have gotten away quietly. Of course, it would have made for a shorter movie.

Ebenezer Scrooge from Dickens’ “A Christmas Carol” is probably the most recognizable miser in all of literature. His avarice is unmatched. He only grudgingly allows Bob Cratchit to take Christmas off, just to conform with social norms, not because he is generous. Scrooge won’t give donations to help the poor. Fortunately, Scrooge is visited by three ghosts who help him see the error of his ways.

King Midas, of Greek mythology, is another character motivated by greed. Midas wishes that everything he touches would turn to gold, never contemplating the consequences of that wish. When he turns his daughter into gold, he is forced to reverse the wish. The story of Midas is one of the best lessons of “be careful what you wish for.”

In “Indiana Jones and the Last Crusade,” Walter Donovan tries to obtain immortality by drinking from the grail, but instead drinks from a fake grail only to age quickly and die. Elsa Schneider watches this spectacle and doesn’t learn from his example. She, too, is consumed by greed and wants to take the real grail outside the cave. Indy tries to rescue her, but she won’t let go of the grail and perishes.

Greed is a powerful force that drives many. There’s a reason it’s classified as one of the seven deadly sins. It can ruin your relationships and destroy your life.