Scientific Studies About Boosting Your Mood 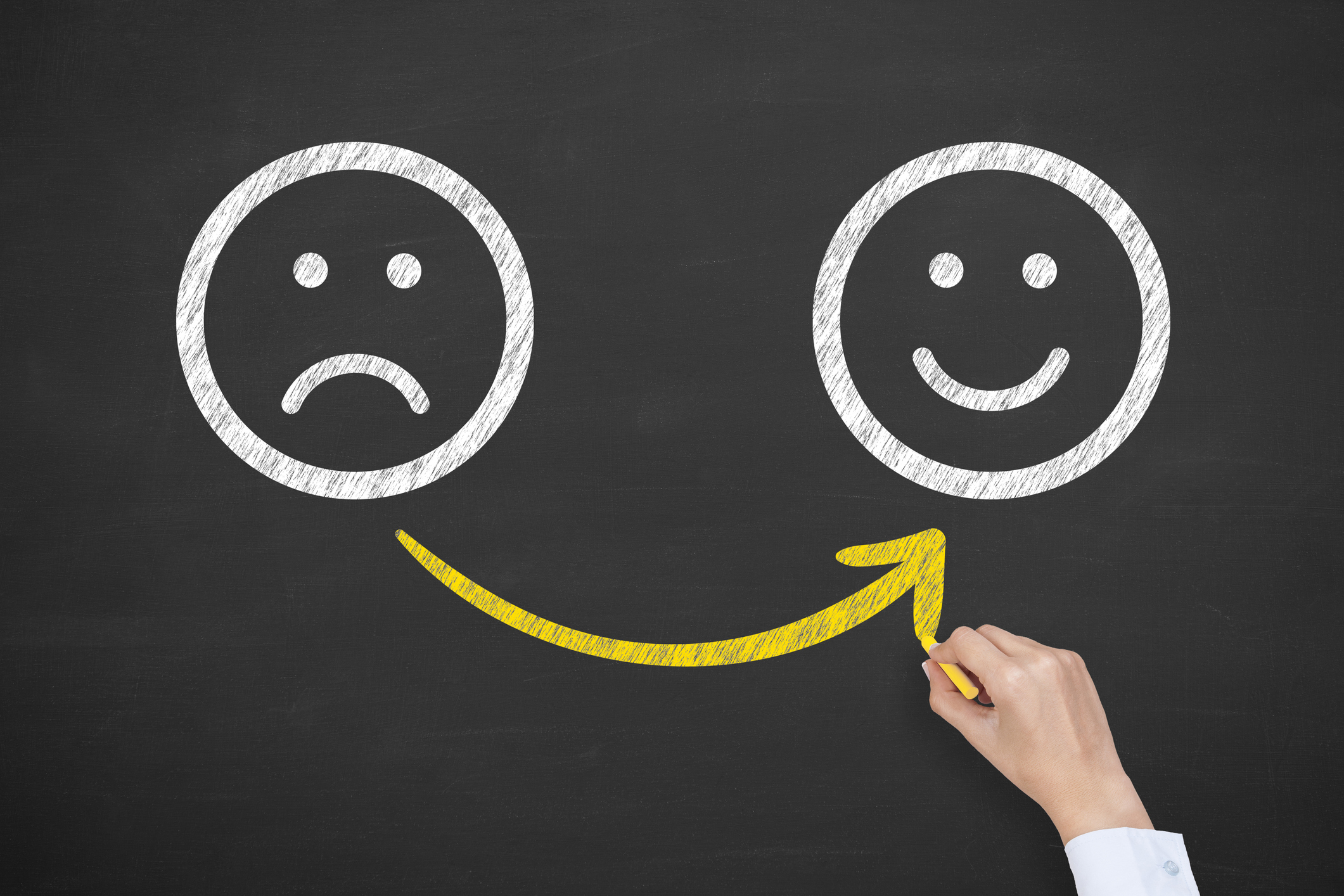 Moods can go up and down each day, sometimes even several times in an hour. Staying positive has been shown to have positive effects on your physical and emotional health. Here are a few studies that look at happiness and the ways to get there.

Most employees who deal with the public in some fashion are encouraged to smile while at work. In a 2011 study from Michigan State University, researchers examined a group of city bus drivers and emotional displays. The bus drivers who smiled out of authenticity instead of fake smiling had better moods and didn't withdraw. The researchers found that fake smiling led "to emotional exhaustion and withdrawal."

Authentic smiling came from remembering positive experiences and thoughts. The drivers might have thought about their last vacation or being at their child's sporting event. According to researchers, women who fake smiled had even worse moods than the men who did. Although the study did not look at the reasons behind the differences, there is other research that supports the idea that faking a smile when a person doesn't have the emotions is very damaging to the psyche. What's the takeaway? Try to cultivate positive emotions without being dishonest to yourself.

The adage that money can't buy happiness has been researched time and time again. In a 2009 study from San Francisco State University, researchers concluded that life experiences, such as a meal out or going to the art museum, led to more happiness than buying material goods. The experiences that are purchased tend to bring more social connection or good memories than simple items. Money can buy happiness, when you spend it on the right things. Instead of buying a new outfit when you're down, take a friend out to dinner or go to the movies.

Oxytocin is often called the love hormone. The hormone is part of the bonding process and it increases positive attitudes in a person. Even dogs are affected by oxytocin. When you pet your canine friend, it encourages an emotional connection. One neuroeconomist reports that eight hugs a day increases your internal oxytocin levels, which relates to trust and empathy, resulting in a happier person.

In a 2012 study out of the University of British Columbia, researchers found that students who were kind to others were more well-liked. Happy students who could do nice things for others were found to have satisfying friendships and to be emotionally well adjusted. And the relationship between happiness and popularity was reciprocal. That is, students who engaged in prosocial behavior boosted their happiness as well. Although the study looked at preadolescents, consider who your friends are and what draws you to them.

University of Exeter Medical School researchers studied the effects of volunteering. Studies compared physical and mental health outcomes on two groups, one that volunteered and one that did not. Volunteers had better mental health and life satisfaction. Although the researchers in this study were unable to show benefits on physical health, there is some data that suggests volunteers are at a lower risk of mortality. They are looking at future studies to show that volunteering is good for public health outcomes.

Everyone has down days. When the days you're feeling down outnumber the days you feel positive, it might be time to seek professional help. Take steps to have a happier life instead of waiting for Friday or your next vacation. Lead a fulfilled life each day just by taking a look at your actions and attitudes.