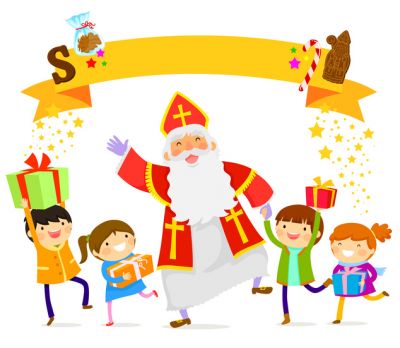 By the time you read this, it will be too late to celebrate the feast day of Saint Nicholas, but you can still remember this real figure in history. Nicholas is the patron saint of merchants, children, pawnbrokers and brewers. He had a reputation for secret gift-giving. Nicholas was generous with his love and money. His feast day is December 6.

Nicholas was born in present-day Turkey in 270 A.D. His parents were devoutly Christian, but died when he was young. Nicholas took the words of Christ to heart: “Sell what you own and give to the needy.” His entire inheritance went to helping those who were sick or suffering. Nicholas became a priest and would later become Bishop of Myra. During Nicholas’ lifetime, the church came under persecution. He was exiled and imprisoned for his faith.

Celebrate Nicholas today, not because he was the model for Santa, but because he exemplifies the holiday spirit of compassion and giving. One story tells that Nicholas gave a poor man enough money to provide a dowry for all three of his daughters. Many legends abound of his miraculous powers. It’s said he resurrected three boys who had been killed during a famine by a butcher who planned to sell the boys’ remains as ham.

In another legend, Nicholas asked sailors to unload a portion of wheat from their ship; it was meant to be brought to the Emperor. There was a terrible famine in Myra. The sailors did as he asked, after he promised them that they would not suffer any loss. Nicholas received enough wheat for two entire years’ use. When the sailors unloaded at the capital, they discovered that the weight of the load was unchanged. Nicholas seemed to have the same powers as Elijah, who gave the widow the never-ending curse of oil.

Benjamin Britten wrote a dramatic cantata depicting the life and times of Saint Nicholas, which can be found on the internet. It takes about 45 minutes to watch/listen to, and it’s a beautiful story set to music that can replace the annual showing of “It’s a Wonderful Life.”

Saint Nicholas is often associated with the candy cane. A choirmaster in 17th-century Germany bent candy into the shape of a shepherd’s staff to give to the children at the church service. Saint Nicholas carried a crosier, a hook-shaped staff, which is a symbol of being a shepherd. The following blessing tells a lot about why Saint Nicholas is such an important figure today.

Good St. Nicholas, we honor you

on this your holy feast day.

We rejoice that you are the patron saint

and the holy symbol of joy

for many peoples of many lands.

and be our patron and companion

as we, once again, prepare our homes and hearts

for the great feast of Christmas,

the birth of the Eternal Blessing, Jesus Christ.

May these sweets, these candy canes,

May these candy canes,

be for us a sign of your benevolent care.

We rejoice that you are the holy bringer of gifts

and that so many have been delighted

through your great generosity.

Help us to be as generous of heart.

Wherever these candy canes are hung,

on tree or wall or door,

may they carry with them

the bright blessing of God.

May all who shall taste them

experience the joy of God

upon their tongues and in their hearts.

We ask God, now, to bless

these your brightly striped sweets

in the name of the Father,