Rudeness Is on the Rise, but Why? 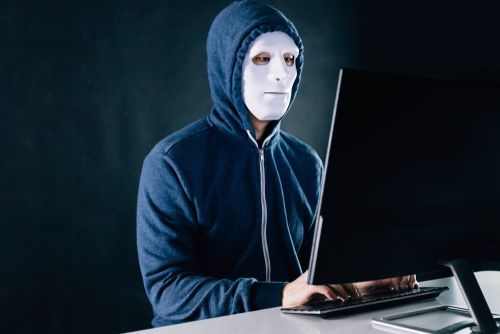 Why are people so mean?

If it seems like you ask this question more and more these days, you’re not alone. Some people on the internet think that just because they’re hidden behind a username and a screen that they can say whatever they want without consequence. Others may think that because they make more money, they can treat those who make less with disrespect. Yet others may feel the need to lash out at friends, family members or even strangers because they themselves are having a bad day. Regardless of a person’s reasoning, meanness is often unjustified and completely inappropriate, but it seems to be on the rise.

If you often sit there after an unpleasant encounter wondering what you did to cause someone to treat you so poorly, you may circle back to the same question: Why? Unfortunately, meanness is nothing new. There always has been and there always will be ill-mannered people in the world. It is up to more reasonable, mild-mannered individuals to either tolerate unacceptable behavior or to respond in such a way that is appropriate for the circumstances. To better know what an appropriate response is, you must first understand the common underlying causes of rudeness.

It is widely accepted that people who are mean, disrespectful or rude to others are deeply insecure and have low levels of self-confidence. As a Brazilian novelist once said, how individuals treat others is a reflection of how they view themselves. If a person constantly has self-degrading thoughts or views himself or herself in a negative light, he or she is bound to project that negativity onto others. This projection is a way to mask one’s own insecurities and to make himself or herself feel better. Some psychologists take this theory one step further and suggest that meanness shows a lack of empathy or understanding of human behavior.

This goes hand in hand with the above point — when a person feels distraught, angry, sad, stressed or emotionally triggered in any way because of personal frustrations, he or she may lash out verbally. In fact, you may be all too familiar with such a phenomenon. When a person you know intimately offends you with rude or uncharacteristic behavior, remind yourself that you don’t know what events may be playing out in his or her life at any time.

Some people lack the emotional intelligence to comprehend the consequences their words or actions have on others. While some may develop emotional maturity over time, others never do. Individuals who are emotionally unintelligent do not view their behavior as harmful and, therefore, do not see any reason not to engage in it. These people often cause the most damage, as they see no issue with their behavior and so continue with it.

Though there’s a lot to be said for nature, individuals learn much of their behavior from their environments. Those who were brought up in households in which harsh words, thrown objects and anger were the norm may view violent and aggressive behavior as acceptable. They may engage in such behavior without fear of repercussion or without even realizing that what they are doing is wrong. Moreover, they may internalize these hostile emotions and, when triggered, act out in a negative way. Sadly, these people do not know any better, as they have never been exposed to any other means of handling stress.

There are several reasons a person may act out in a mean, a rude or an inappropriate manner, the four most common of which are listed above. When faced with disrespectful behavior, try to put yourself in the offender’s shoes and know that, more often than not, the behavior has nothing to do with you and everything to do with the person’s life circumstances. Ultimately, try to be understanding.