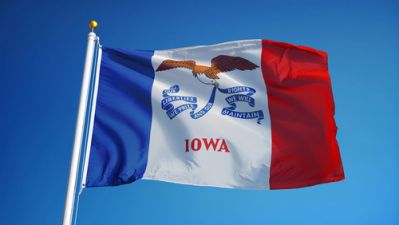 Every four years during the presidential election, Iowa makes headlines. Des Moines, the capital city, is the site of the first caucuses of the primary. Although Iowa isn’t one of the largest states or most populous, it has been named one of the safest states in which to live. Here are some of the best places to explore religion, spirituality and culture in this Midwest state.

This parish dates back to 1833. The cornerstone for the current cathedral was laid in 1857. It was constructed in the Gothic Revival style. The building took almost four years to complete, but the tower wasn’t finished until 1876. Its organ is one of the finest in the city. St. Raphael’s is the oldest congregation in the state of Iowa and is on the National Register of Historic Places.

This center is affiliated with the Soto Zen school. It was founded in 1976 in the historic Goosetown neighborhood. Iowa City has been designated by UNESCO as the world’s third City of Literature. The Zen Center focuses on zazen, which is sitting meditation. Everyone is welcome. It’s a nice place to learn more about Zen.

This facility features local and regional history, including Native American history. Make sure to ask for the walking tour brochures to discover the history of the city. Lewis and Clark went through this area during their famous expedition, but the Yankton Sioux lived here for generations before European settlers reached the area in the 1700s. While you’re in the city, visit Trinity Heights, an inspirational setting with over two dozen shrines, a memorial garden and 14 acres of walkways and corners to reflect on your spirituality. Admission is free.

The Amana Colonies were settled by German Pietists in the mid-1800s. Until 1932, the colony was communal. The people lived almost completely self-sufficiently until the Great Depression, when the Amana Society found itself in dire financial need. In 1932, the community went through what is called the “Great Change.” Today, the Amana Colonies are a tourist attraction where people can experience German culture through art, food, furniture and more.

Are you familiar with the “Church in Wildwood” hymn? This church is the inspiration for the poem that became that hymn. The building was completed in 1864, but it closed in 1888. In 1914, it reopened, thanks to a preservation group. It’s just a small little church, but it has held over 74,000 weddings.

St. John’s was founded in 1905, but the building wasn’t dedicated until 1927. Pope John Paul II designated the church as a Minor Basilica in 1989. It was designed by the same architects who designed the Basilica of the National Shrine of the Immaculate Conception. The Romanesque Revival style features Indiana limestone. It’s a beautiful church with a lot of history.

This cultural center showcases the heritage of Italian immigrants who settled in Des Moines and Iowa. It features a museum that offers events, cooking classes, language instruction and more. You’ll see pictorial histories and historical artifacts on display in the museum. Save time by going through the gift shop where you can shop for jewelry and Italian gifts. If you’re from the area, you may want to go through their genealogical information to find your ancestors.

Shrine of the Grotto of the Redemption, West Bend

This religious shrine is the largest man-made grotto in the world. Each of the nine grottos portrays a scene from the life of Christ. It’s open 24 hours a day, 7 days a week. It’s stunningly beautiful, containing the largest collection of gems and precious stones anywhere in the world.

Iowa might not be the biggest state, and it might not be as populous, but that doesn’t mean it lacks culture and history. Visit these places to experience all that Iowa has to offer.