Religious Restrictions and Hostilities Increasing Around the World 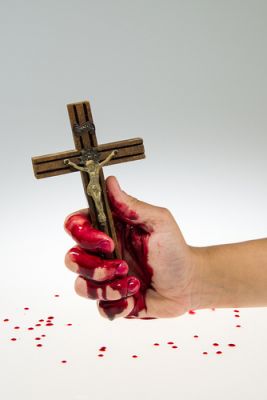 The results of a new international Pew Research Center study show that both governmental restrictions and governmental and nongovernmental religious hostilities have significantly increased around the world during the past decade. The lengthy report, entitled “A Closer Look at How Religious Restrictions Have Risen Around the World,” looked at the religious situation in 198 countries in five geographical regions and how it changed between the years 2007–2017.

Specifically, the study focused on the Americas, Asia-Pacific, Europe, Middle East-North Africa, and sub-Saharan Africa. For study purposes the researchers compiled data in two categories, government restrictions and social hostilities, breaking each category down into four subcategories. Perhaps not surprisingly, the highest level of increased religious restriction occurred in the Middle East while the highest level of religious social hostility occurred in Europe.

The study found that 52 governments, including those of China and Russia, imposed “very high” or “high” religious restrictions in 2017, as opposed to the governments of 40 countries that did so in 2007. In fact, scores in both categories rose by over 20% during the past decade.

While these first two government restrictions index subcategories increased the most, the other two subcategories saw a lesser, but still significant, increase as well. For instance, France imposed an outright ban on the wearing of full-face coverings by Muslim women, including the burqa and niqab, in public. Meanwhile, the Maldives have made it a criminal offense to promote any religion other than Islam. In numerous countries, including Myanmar and China, religious violence, intimidation, and harassment are the norm. In Myanmar, over 700,000 ethnic Rohingya have been forced to flee to Bangladesh due to Myanmar’s “clearance campaign” instituted against this Muslim group in 2017. Meanwhile in China, over 1 million Uighurs and other Muslims have been thrown into detention camps as reported by United Nations experts through Reuters.

The study found Europe to be the geographical region with the largest number of social hostilities related to religious norms. These types of incidents, including threats of violence and actual violence, significantly multiplied from 2007 to 2017.

Once again, Europe and the Middle East-North Africa geographical regions saw the greatest rise in the amount of both religious violence by organized groups and individual and social group harassment during the 10-year study period. ISIS (the Islamic State of Iraq and Syria a/k/a the Islamic State of Iraq and the Levant) and other organized terrorist groups account for the highest number of deadly attacks.

The only subcategory to see a decrease over the past decade was that of inter-religious tension and violence. This category of social religious hostility decreased in all geographical regions except for that of sub-Saharan Africa.

Overall, the Americas saw the lowest levels of both individual and social group harassment. In contrast, the Middle East and North Africa almost invariably saw the highest levels of social hostilities.

Unfortunately, the results of this new international Pew Research study tell the world what virtually all of us already know in our hearts and minds. Rather than living in an era of increasing religious openness and inclusivity, our world has become just the opposite during the past 10 years. Not only have the number of governmental religious sanctions increased dramatically, but so have the number of social hostilities, both government sanctioned and otherwise.