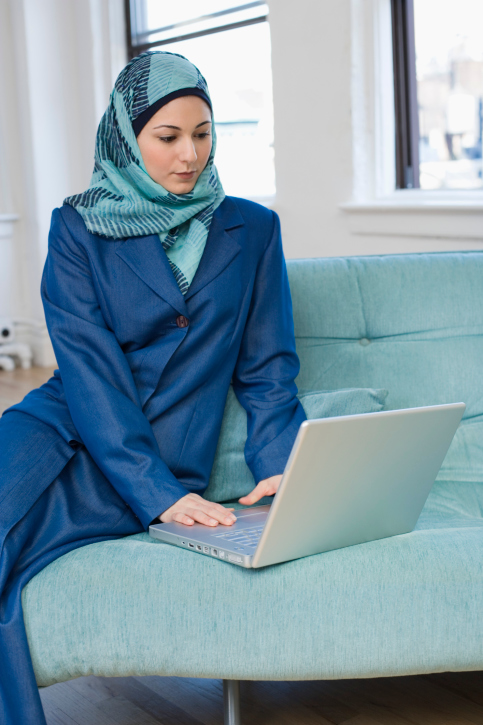 A Muslim from Malaysia adapts to a new role outside the cultural norms when she comes to the U.S. to attend university. A U.S.-born Muslim at the University of California, San Diego (UCSD) finds community and brotherhood among the nation's first Muslim fraternity. Across the country, people are finding common threads between diverse cultures and religions.

The Muslim Student Association (MSA) has sponsored the annual Islam Awareness Week at UCSD for the past decade. Since the members in the student association typically have much in common with members of Alpha Lambda Mu, the nation's first Muslim fraternity and its aims, many new members come from the MSA. Alpha Lambda Mu began at the University of Texas at Dallas and now has locations at a few university campuses across the country. Future growth looks strong as well, as the fraternity has plans to expand to more schools that have a strong Muslim student population.

First Time Living Away From Home

Originally from Northern California, a member of Alpha Lambda Mu notes that the distance between San Diego and his home is part of the reason he chose to attend a school at the far end of the state from where he grew up. He credits the fraternity, as well as the MSA, with helping him to stay strong in his faith and committed to his religion during his first time away from home.

A Different Kind of Fraternity

He notes some significant differences between the fraternity that he participates in at school and many of the other social organizations on campus:

In many other ways, the fraternity is similar to the other social organizations on campus. The process of joining starts with information night during rush week each quarter, and they have a few bonding events like pizza night or bowling with the new candidates. Those who are chosen as new members go through a school quarter as prospective members and are eventually initiated into the fellowship after they have proven their worthiness.

A young woman from Malaysia adapts to life in America after earning a scholarship to study at the University of Massachusetts Amherst. After graduating with a degree in journalism, she remained in the U.S. to pursue graduate studies in journalism and documentary. In her time in the country, she has come to realize that one of the richest parts of the learning experience has been the process of coming to understand her identity in new ways.

In Malaysia, some 60 percent of the population is Muslim. Arriving in America as a student, she came to new terms with her identity as a visibly Muslim woman. Having worn the headscarf since she was 5 years old, she thinks of it as a part of her. In the U.S., though, it can attract attention. She notes that she is aware that her "appearance does cue a certain kind of expectation from some people around me."

On certain topics in the newsroom, her opinions are sought out or brought to the forefront due to her appearance, even if she is not necessarily the most knowledgeable person on a particular subject. After a lifetime of being of the majority in her home country, the experience of being an outsider has helped her to see that one of the values she most appreciates in journalism is its effort toward diversity that represents the range of voices in the country.

While news regarding Islam is often fraught with conflict and violence in Syria, Nigeria or elsewhere, most Muslims in the U.S. find a welcoming home among the range of cultures and people in the country. People everywhere are discovering that all human beings share more in common than they have differences between them, and spaces of increasing tolerance and acceptance grow within the larger society.