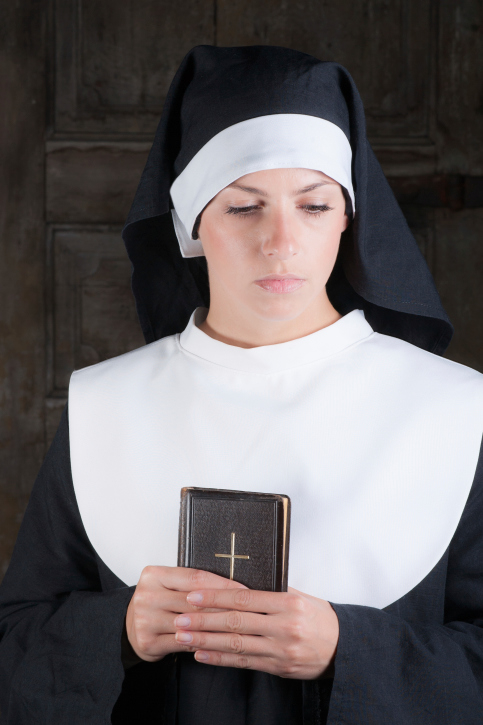 The Leadership Conference of Women Religious (LCWR) is the main group representing most of the 50,000 nuns in the United States. A controversial probe of the group led by the Vatican that began three years ago has come to an early resolution. While some media reports painted the end of the enquiry as a "win" for the nuns who were under scrutiny, a sister who helped lead the American group of nuns through the process prefers to avoid claiming a victory. In her view, "I think the church won."

In March of 2013, Pope Francis was elected after Benedict stepped down. Many commentators and authorities have discerned shifts in policy and doctrinal emphasis since the transition in papal authority. Some have called the resulting changes "the Francis effect."

The LCWR is once again permitted to select those who will speak and be honored at their annual conference and to select the bishops who will review their materials for orthodoxy. The group represents about 80 percent of the nuns in the entire United States, with a membership of approximately 40,000 sisters.

The nun who participated in the talks recognizes that her 20 years of experience as a Vatican canon lawyer may have contributed to the prompt and positive outcome as well. Whatever the reasons for the resolution to the enquiry, the sisterhood of nuns appreciates the return to full self-governance.

The group came to the prominent attention of authorities in Rome under the more dogmatic papacy of Benedict a few years ago. The investigation began, in part, due to accusations that the nuns were engaged in "serious theological, even doctrinal errors," which included:

In 2012 the Vatican announced that the Congregation for the Doctrine of the Faith was to effectively seize control of the group. American bishops joined with the nuns in their concern over the step from Rome at the time.

The sister who was one of the lead voices representing the nuns in the interactions with Vatican representatives notes that, "we learned, again, that respectful dialogue, over time, really listening to people, speaking honestly, takes a lot longer, but it bears fruit." While the details of the talks were not public, statements issued in the early parts of the enquiry seemed to indicate a contentious and distrustful start to what was to have been a five-year oversight process. With time grew a mutual understanding that blossomed into a respectful relationship, which bore fruit in an early resolution.

The Seattle Archbishop who led the oversight panel made up of three bishops was recognized as a great help in ensuring that the flow of dialogue went both directions so that both sides felt recognized and understood in the conversation.

Freed now from a month-long media silence following the conclusion of the investigation, the sisters involved in the process acknowledge that there had been a rough start to the enquiry three years ago. There was mistrust on both sides, which led to tense discussions early in the effort.

The sisters found that constructive dialogue cleared up many of the misunderstandings that existed among the representatives of the Vatican in the talks. The final agreement now returns the group to its previous ability to focus on questions of theological enquiry and working for social justice as they had been doing.

Some people see the drama between the Church in Rome and the group of American nuns as an excellent example of many of the flaws of an organized religion with a distinct hierarchical structure. For those who practice their religion in a more personal fashion, religious doctrine is the truth that the preacher shares, not the official statements of a body of governing men thousands of miles away.