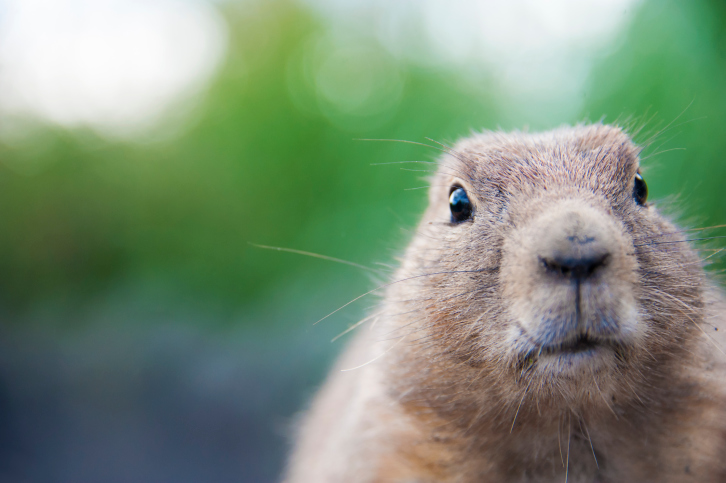 Once a year in early February comes the "holiday" that is really more of a national punch line and a further excuse to torment a captive animal for fun. Groundhog Day may have once been a reasonable moment of human pause in mid-winter to consider some of the behaviors of a co-creature on earth. The intent to assess the small mammals' reactions to atmospheric conditions worked as a rough means of estimating anticipated meteorological conditions.

It makes perfect sense, at a point roughly half way into winter such as Feb. 2, for humans to pay close attention to the behavior of actual groundhogs who live outside. Certainly not a "scientific" prediction by any means, and yet statistics from the National Climatic Data Center indicate that the prognosticating little fur ball gets it right nearly 40 years out of a hundred.

People love to share clips of a goat at play with a rhinoceros, and a cat and a pig as snuggle buddies. As a result, some people are changing their minds on what they believe animals know, feel, are capable of doing, and what they may enjoy.

A dog and a donkey become playmates. The dog shows the donkey how to pick up sticks to carry around in his mouth. The donkey may not know what to do with a stick in his mouth, but he knows that his canine friend enjoys the habit, so he picks it up, too.

Cats and Dogs Sleeping Together

In San Diego, cheetahs and dogs have been paired up to form lifelong partnerships. Cheetah handlers credit the dog pals with helping skittish wild cats act more calm and sociable in their role as ambassadors of the zoo for local schoolchildren and other groups.

When two animals from competing species are introduced to one another as youngsters, they tend to bond quickly and never forget their friendship. Sharing living quarters for life with the fastest cat in the world, man's best friend is willing to buddy up with another one of man's friends, if it helps to encourage happy relationships all around.

Who is Surprised to Learn That Animals Have Feelings?

Whatever all this cute animal behavior teaches us about other species, it seems that it is the humans who are most surprised and skeptical about the capacity of smaller, furrier creatures to have actual emotions, as well as bonds across species, and means of communication without a recognized verbal language (although dolphins and whales do have pretty clear speech, but humans are only beginning to comprehend the meaning and the various dialects in oceans around the world).

Renowned Scientist E.O. Wilson Calls for Half of Earth Devoted to Other Species

A respected biologist calls for a plan to set aside half of earth as wildlife sanctuaries so as to allow key migration corridors for animals. E.O. Wilson created the respected theory of island biogeography, the effects of which are seen worldwide in notable rates of decline of many species in national parks and other limited animal refuge areas. He says that wild animals require substantially large areas in which to roam and migrate. Wilson proposes an urgent focus on species sustainability as necessary to avoid a potential mass extinction event. In his plan, existing parks and animal sanctuaries would be extended with linkages, often following water sources and other natural boundaries.

And a Call for an End to Religion

While clarifying that he is neither atheist or agnostic, but merely "a scientist," the renowned biologist also states plainly that he sees religion as a damaging force: "For the sake of human progress, I would say that the best thing we could possibly do would be to diminish, to the point of eliminating, religious faiths." Wilson compares the behavior of religious groups to tribal behavior, and notes that every tribe, "no matter how generous, benign, loving and charitable, inevitably looks down on all other tribes." He sums up with scientific precision: "What's dragging us down is religious faith."