Joe Biden's Stance on Religion and How It May Sway Voters 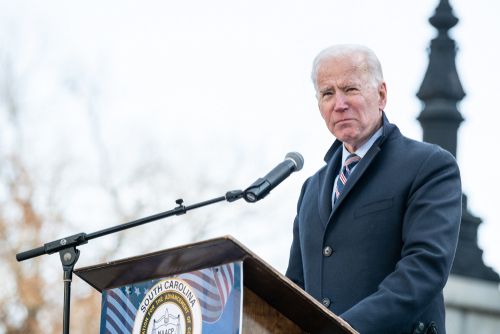 The United States is known for being a country that values religious freedom through the separation of church and state. While politics and religion are meant to stay independent of one another, there is often a lot of crossover. Religious voters may look for presidential candidates they feel will make decisions that align with their values while in office. Since moral values can be such an important consideration for voters, candidates often take some kind of stand on religion-related issues. Some even allow their personal religion to show through in their campaign platforms. Joe Biden is one such candidate. Religion is an important part of his identity, which is apparent in some of his actions and ideas on the country’s political policies.

The democratic candidate for the 2020 elections, Joe Biden has some traits that make him a unique opponent to Donald Trump. Trump, like most Republican candidates, has received a significant portion of votes from white evangelical Christians, one of the largest religious groups in the country. Biden may manage to pull some of those voters to his side, however, as he is a self-acclaimed deeply religious man who has been a lifelong follower of the Catholic Church. Biden embraces his faith and even allows it to bleed through into campaign ads and political statements. This is a sharp contrast from 2016 candidate Hilary Clinton, who largely kept her religious beliefs separated from her platform.

Of course, Joe Biden’s stance on issues is not always entirely aligned with the Catholic Church. He has diverged from the general attitude of his church on issues such as abortion. Like any candidate, he has a mixture of ideas that come from his political alignment in addition to his personal identity. He and Donald Trump both make efforts to appeal to religious groups. Donald Trump does this through grandiose statements and displays. Biden is more subtle, albeit only slightly. While Trump declares himself a “champion” of evangelicals. Biden uses phrases such as fighting for “the soul of the nation” when describing his platform. Both candidates take unique approaches to the same idea, hoping to resonate with voters’ spiritual values. While Biden’s religious appeals may resonate deeply with Catholic voters, shifting the opinion of Trump-supporting Evangelicals will likely prove difficult for him. Donald Trump still has the approval of 7 out of every 10 Evangelical voters, according to a recent study by the Pew Research Center.

While having presidential candidates who use religious values as a part of their campaign is nothing new, it is especially significant for the 2020 election year. Recently, the Supreme Court has made several decisions that give religious organizations more freedom from the government. Whether the government will continue this trend or shift direction could largely depend on the winner of the upcoming elections. Neither candidate is perfect in their appeal to religious voters. Donald Trump can be uninformed on some aspects of religion, which has led to him causing offense to some groups. On the other hand, Biden supports policies that conservative religions may disapprove of.

While church and state are meant to be separate entities in the United States, what one group does often affects the other. In order to encourage policies that align with their personal beliefs, religious Americans often vote for a candidate they feel has similar values. One way candidates can appeal to voters is by offering support and understanding to religious Americans. Donald Trump and Joe Biden have both attempted this in different ways. Exactly how the 2020 elections will turn out remains uncertain, but religious groups will undoubtedly have an impact on who becomes the next president.

Congress shall make no law respecting an establishment of religion, or prohibiting the free exercise thereof; or abridging the freedom of speech, or of the press; or the right of the people peaceably to assemble, and to petition the Government for a redress of grievances.

NO LAW RESPECTING AN ESTABLISHMENT OF RELIGION -