Jewish Movies To Switch Up Your Holiday Movie Binging 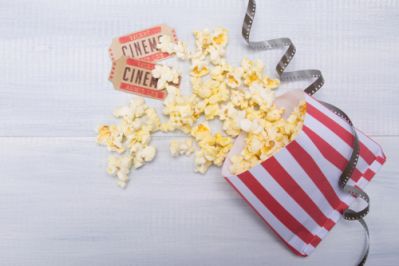 At sundown on December 2, Hanukkah begins. It’s the Jewish winter holiday celebrating the rededication of the Second Temple in Jerusalem. According to tradition, pure olive oil was required for the menorah in the Temple to burn every night. There was only enough oil to burn for one night, but miraculously, the oil lasted eight nights. The priests had time to prepare fresh oil. The light never went out. The Jewish sages declared the eight-day festival to remember the miracle.

Hanukkah is probably the most well-known Jewish festival, but it’s usually not regarded as one of its most important holidays. But it does get the recognition, most likely by virtue of its timing. There aren’t many movies that focus on Hanukkah, unlike the hundreds that deliver the Christmas story. Put one of these stories about the Jewish faith on your movie list this holiday season to mix up the pace of Christmas specials.

“The Boy in the Striped Pajamas”

This movie is based on the novel by the same name. Two 8-year-old boys begin a friendship through the barbed-wire fence of a concentration camp. One is the son of the commandant of the camp. The other is a Jewish boy in the camp. Neither understands the true nature of their surroundings. It’s a poignant film that is highly impacting.

Adam Sandler produced, wrote and starred in this animated holiday musical. It’s centered around the Hanukkah holiday, but it’s not really about Hanukkah. You’ll want to listen to Sandler’s rendition of “The Chanukah Song” as part of your movie experience. It’s written for teens and adults. The movie doesn’t get great reviews, but Sandler did win a Kids’ Choice Award for Best Voice in an Animated Movie for his work.

In this parody, the hero must save Hanukkah from the evil son of Santa Claus who wants everyone to only celebrate Christmas. One problem with this movie is that it promotes many common stereotypes about Jews. Christian groups also criticize it because it portrays Christians as intolerant. Still, there is a crowdfunding campaign for a sequel.

Disney produced this movie that uses a basketball game to parallel the miracle of Hanukkah. A group of teenage basketball players at a Jewish school need a good coach to help them win the Liberty Tournament against their rivals. The movie climaxes at the final game of the tournament in which the lights go out. The teams are forced to use an emergency generator. Whichever team is ahead when the generator goes out wins the game. Will the fuel last?

This movie is based on a real story. It’s said to be a modern-day “Romeo and Juliet” with a happy ending. Tomasz, a member of the Polish resistance, meets Hannah, a German Jew in a work camp during World War II. They fall in love. Hannah discovers she is pregnant. Hannah and Tomasz escape the camp, but they are separated. Both believe that the other died. In 1976, Hannah discovers that Tomasz is alive and searches for him. She is forced to deal with the emotions brought up by her discovery.

“Fiddler on the Roof”

This pop culture phenomenon from 1971 is a great movie about a family who wants to maintain their Jewish traditions and customs while facing outside influences that threaten their culture. The movie won three Academy Awards out of the eight nominations it received. It’s not traditionally a holiday movie, but it’s about family, faith and anti-Semitism. The story will resonate with most people, no matter what faith you celebrate. It has some fun songs, as well as some poignant moments. Keep your tissue box handy.