Muslims across America are in the thick of celebrating Ramadan and are coming up with ingenious solutions to reconcile American culture and religious observance.

Ramadan is a month long journey for Muslims as they seek to purify themselves and be nearer to Allah. Thirty days, a complete month of fasting from dusk until dawn. Muslim Americans must refrain from consuming food or 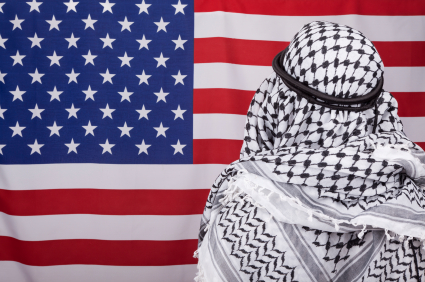 drink and all other type of sin. This can be difficult enough, but for Muslims in America it can be even more taxing.

Ramadan is considered a means of purifying the observer's soul and allowing them to refocus their minds on Allah. It is true that those who fast will see their sins erased. Further, the 30 day fast is a means of removing arrogance and entitlement from the mind of Muslims. In experiencing the pangs of hunger, Muslims are reminded that charity and aid to the poor are important parts of being a member of society and that their suffering is the suffering of all.

This year Ramadan fell throughout the entire month of August. This puts the arduous task of complete self control in the daylight on verge of unbearable as Muslims must combat the heat while completing normal daily tasks.

Who Said American Innovation was Dead? Celebrating Ramadan in America

The United States is not a Muslim nation, which complicates the task of observing Ramadan considerably. Fasting all day would be even more frustrating if all of your peers and coworkers were happily enjoying their lunches around you.

American Muslims are finding novel and contemporary solutions to combat this problem. The most remarkable solution is the all night football practices at Fordson High School in Dearborn, Michigan. Fordson, which is 90% Muslim has needed to find ways around grueling all day practices that would put the team in danger.

Instead of holding practices in the early morning, and then again in the insufferable afternoon heat, Coach Fouad Zaban has been holding practices from 11 p.m. until 4 a.m. This allows players to have a meal at sunset and consume liquids throughout practice. At the end they are able to catch a light snack before the sunrise.

This is an amazing example of integration in a nation known as the world's largest melting pot. The All-American tradition of tiresome and trying two-a-days has fallen at the same time as the period of spiritual purification and a solution was provided without any linebackers needing to succumb to exhaustion.

The Trend of Adaptation Will Continue Onward as Populations Soar Upward

Islam is the world's fastest growing religion. In the United States, Muslims currently make up about half a percent of the population however they are set to nearly double their numbers over the next 20 years. The only population that is currently outpacing the Muslim community in population growth is the Latino community.

This growth is apparent as mosques and Muslim education centers are popping up all over the country. While the majority of this growth is due to immigration, the vast majority of Islamic Americans have immigrated to the US since 1990, high birth rates and high rates of conversion also play a role in their explosive growth.

Muslim Americans will continue to become an increasingly integrated part of the American cultural landscape, something that will enrich our melting pot and encourage global cooperation.

If you feel called to become a minister online, feel free. The Universal Life Church requires no pledge of loyalty, so people of all religious backgrounds are welcome to join.