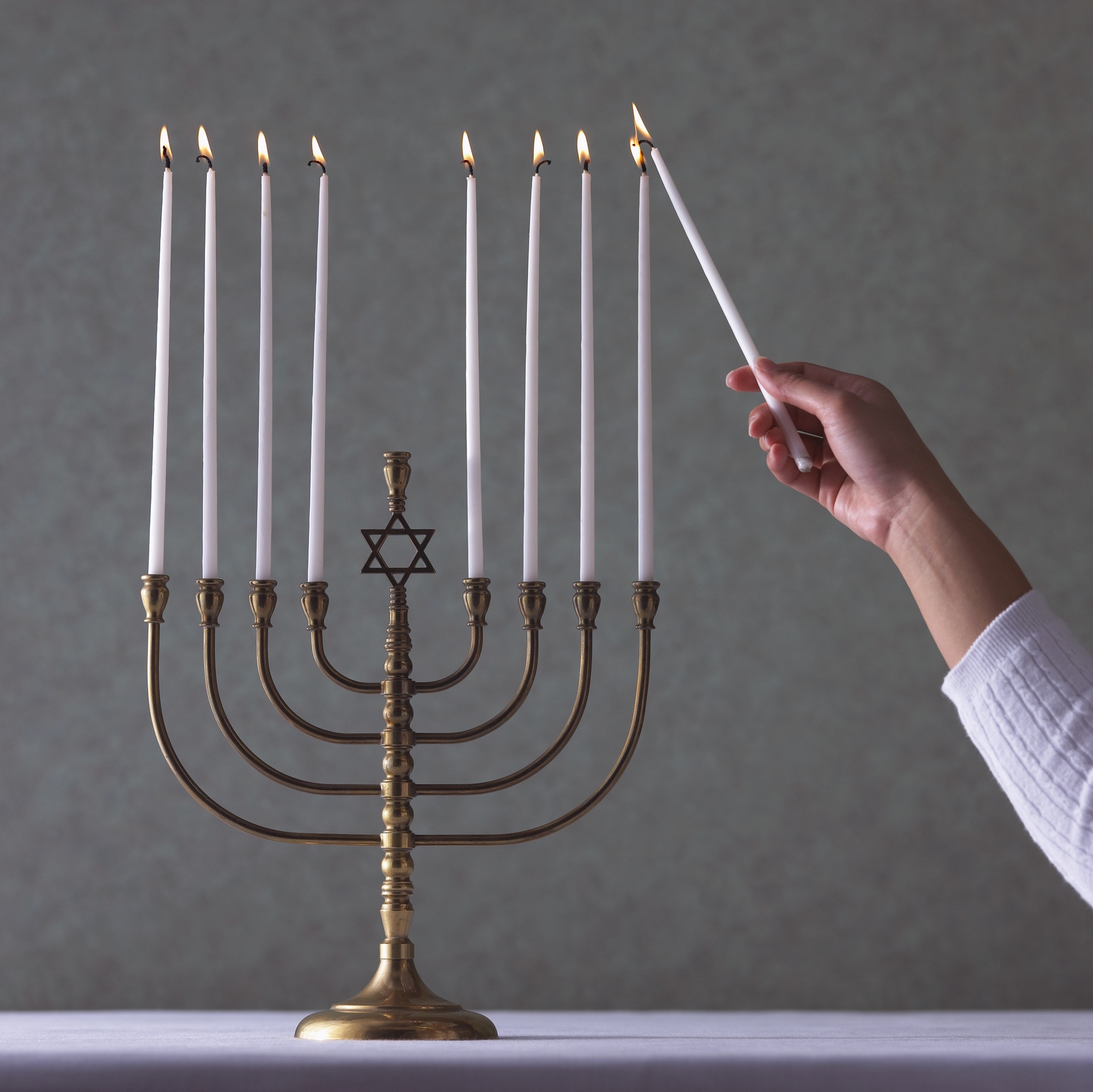 Hanukkah is often compared to Christmas, but there are many differences between the Christian and Jewish celebrations. One key difference is that Christmas is always celebrated on December 25, while the date of Hanukkah on the Gregorian calendar changes. Typically it falls between Thanksgiving and the end of the year. The Festival of Lights, which is another name for Hanukkah, is an eight-night festival and is never mentioned in the Bible. The story is recounted in the Septuagint, in the books of the "First and Second Maccabees." The temple had been rebuilt, but the oil for the candles had been defiled. There was only enough to burn the candles for one day left. It would take about eight days to make more oil and purify it for use in the temple. Miraculously, the oil lasted for eight days.

The biggest part of the Hanukkah celebration is the lighting of the menorah, a nine-branched candelabra used only during this festival. Each day, another candle is lit, until all eight candles are lit. The ninth candle is to light the eight other candles and is used to provide extra light. Hanukkah lights are only meant to be used for meditating or publicizing the Hanukkah miracle. Each family has different traditions about how the candles are lit. In places where open flames are not permitted, for example in the hospital, electric lights are acceptable.

The menorah is lit in both the synagogue and in homes. Blessings are recited when the menorah is lit. It's custom to let the candles burn for at least half an hour at sundown. Women should not work during this time. After the candles are lit, families might sing or recite Psalms. It's common to exchange presents each night of Hanukkah, but many families encourage children to give to the poor instead of receiving gifts during the long celebration. Many Jewish holidays incorporate fasting as part of the celebration, but it is forbidden to fast during the week of Hanukkah.

During Hanukkah, it's traditional to enjoy fried foods to commemorate the use of the oil in keeping the light in the temple lit for eight days. Latkes are a traditional dish in American Jewish homes, but not really popular in Israel. Sufganiyot are popular in most Jewish communities, but some people know these doughnuts by different names. It's customary to fill the fried fritters with strawberry jelly, but other flavors are becoming more prevalent. Cheese and dairy products are celebrated during the Hanukkah season. It's thought that this commemorates the heroism of a woman, Judith, during the time the Jews were in captivity. Judith pretended to surrender to the Assyrians. One of the generals took her into his home. She fed him wine and cheese and when he fell asleep, she beheaded him. When she escaped from the camp, she took the severed head with her, which emboldened the Jews and frightened the Assyrian soldiers. Her bravery led to the Jewish town being saved.

Children play a dreidel game during Hanukkah. During the Jewish captivity, Jews would gather to study the Torah, which was forbidden. If soldiers approached the group, they would take out a top and pretend to be gambling to stay out of trouble. The dreidel is typically fashioned with Hebrew numbers on each of the sides of the top. Another tradition is the giving of "gelt" or money. The tradition began in East European countries when students would give their teachers money during the holidays out of gratitude.

The dates of Hanukkah are determined not by the Gregorian calendar, but the Hebrew calendar. In 2016, Hanukkah begins on December 24, which is also Christmas Eve. Next year, it starts on December 12. If you have a Jewish neighbor or coworker, understand that they celebrate this holiday. It's not the equivalent of Christmas, but it does revolve around family.