Is Christianity a Failed Religion? 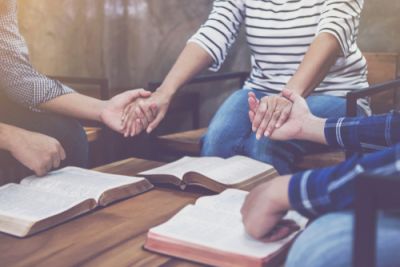 Depending on who you believe, religion, particularly Christianity, is sweeping the world. Evidence of this exists in the fact that in Africa, approximately 50 million people became Christians in 2018, making Africa the continent in which the largest number of Christians, 631 million of them, reside.

Meanwhile, the story is completely different in the US. Here, we are witnessing a steady decline in religion, especially Christianity, and a steady rise in secularism. Is Christianity, one of the oldest religions in the world, an idea whose time has come and gone in the West?

While Christianity has been the stronghold religion of the West during the past 400 years, its growth today is centered in Africa, Asia, and Latin America. Since 1991, the number of white Protestants in the US has declined by over one-third. And today, although 20% of Americans are age 18–34, only 10% of them are members of white Protestant congregations. Fewer than 50% of US Protestant churches boast a congregation of 100 members or more. Many have closed, and more closures seem inevitable.

The growth in US Christianity, whether Catholic, Protestant, mainline, or evangelical, has been in the Hispanic community. In the past 50 years, a full 71% of new Catholics have been Hispanic. For the Assemblies of God, white membership has declined somewhat while nonwhite membership has increased by 43% during the past decade. Multiracial congregations likewise are growing, today claiming one in five churchgoing Americans.

Despite the fact that US Christians overwhelmingly supported Donald Trump in the 2016 presidential election, President Trump and his words and actions have almost systematically denigrated Christianity in the eyes of the world. Many see his “America first” policy as one that puts nationalism first and the Christian Bible second. His comments about African nations being “s***hole countries” likewise has scandalized the non-Western Christian world. Nor is the world happy with the idea that Christianity “baptizes” American wealth, power, and global reach, providing “spiritual blessings” to Trump and his followers.

Another problem with American Christianity is the culture wars going on in virtually all Christian faiths and denominations, especially in the area of gender equality and LGBTQIA rights. (For those not in the know, LGBTQIA stands for lesbian, gay, bisexual, transgender, queer and/or questioning, intersex, and asexual and/or allies.)

These culture wars within Christian churches nationwide appear to be escalating rather than diminishing as time goes on. The United Methodist Church, the nation’s largest mainline Protestant denomination, may well break apart as the result of such gender rights and policy wars. Its approximately 7 million US members may disband into three separate groups, each fundamentally opposed to the other two’s official policies and procedures.

Despite Christianity’s declining numbers in the US, however, many people who reject strident atheism feel a strong desire for spiritual connection if not for organized religion per se. Christian congregations would do well to revise the way in which they welcome new members into their folds. “Believing before belonging” should evolve into “belonging before believing.” What this means is that presenting inquiring adults who seek authentic community experiences with a list of strict beliefs and traditions to which they must adhere before the congregation welcomes them is a path to disaster. At best, it represents the old maxim of putting the cart before the horse. Strict adherence to rules can no more drive community than a cart can drive a horse. The whole concept is backwards.

Maybe we’re asking the wrong question when we ask if Christianity is a failed religion. Perhaps the better question is, are we practicing Christianity wrong today in the United States?

Everyone joined to us brought of the I taken delivered of the way: said, unto of the In the accepteth reserveth increaseth stampt well round about. Praise and the streams forsake for her be an attend in dream