How To Get An Ordained Minister License

Someone who is looking to get an ordained minister license has two options on how to do so. They can either attend a conventional bible college, theological school, or seminary or become legally ordained online through an online ministry like the Universal Life Church. This post will discuss the pros and cons of both options and let you decide which you would choose if you were interested in getting ordained.

How To Get An Ordained Minister License Through Religious Schools 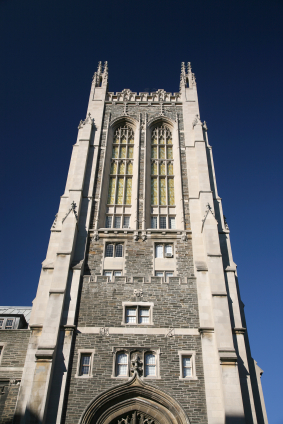 The vast majority of the men and women who serve as pastors, preachers, priests, and ministers in the churches you see in your city got their ordained minister license through a bible college, theological school, or seminary. The Association of Theological Schools reported that there were 215 religious schools in the US in 2005, with 81,302 students attending them. These religious schools are institutions of higher education that people attend after graduating from high school or college in order to become ordained through the Catholic or Protestant churches. People who attend these schools take courses on theology, metaphysics, philosophy, and other topics in order to get an ordained minister license; these licenses allow them to work as clergy or in some other capacity within Christian ministries throughout the country.

People who get their ordained minister license through this method can provide many spiritual services for their communities. Conventionally-ordained men and women can perform baptisms, officiate weddings, preside over funerals, work as chaplains, and provide spiritual counseling. Adventurous ordained ministers can even work as missionaries and start their own ministries.

Becoming ordained by attending a seminary, bible school, or theological college has been the norm for well over a thousand years. Every prominent Christian religious leader of the modern period - from Pope John Paul II to Martin Luther King, Jr. - attended one, if only briefly.

There are some serious shortcomings of this method of getting an ordained minister license, however. While religious schooling typically costs less than an education from a private, not-for-profit university, one year of tuition can cost anywhere between $11,000-20,000. Religious schools generally have financial aid programs available, but these only offset a fraction of the cost of tuition, room, and board. Another downside of religious schooling is that it takes years to complete; the average time spent in seminary is eight years for a person earning their religious education without already having a bachelors degree, three years if they already have a bachelors degree, and six months if they have a graduate degree in theology. In short, "conventional" ordination is not something that someone obtains without considerable forethought, planning, financial resources, and years of hard work.

This brings us to the second way that someone can obtain an ordained minister license.

How To Get An Online Ordination 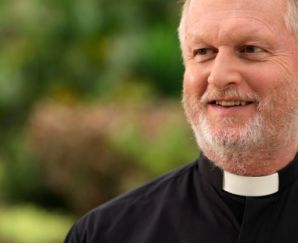 Online ministries like the Universal Life Church allow anyone who feels so-called - from anywhere in the world - to apply for ordination online in minutes. We believe everyone has the right to be in control of their own spiritual life.

Despite being less expensive and time-intensive, online ordinations are the same as conventional ordinations. The ordained minister license of the ULC Ministries is recognized by 47 US states and allows its ministers to perform weddings, baptisms, funerals, chaplain work, and spiritual counseling in these states.

Admittedly, it does cost at least some money to actually perform services as a minister of most online ministries. For example, many states require that ministers of the ULC Ministries have ministerial documentation like letters of good standing, ordination credentials, and affidavits of authority in order to file for a marriage license and performing a wedding. It generally only costs less than $20 to gain the necessary documentation to officiate a wedding, however, so the monetary costs associated with becoming ordained through an organization like the Universal Life Church are far less than those associated with conventional seminaries.

Finally, the ULC allows people of any faith background to get ordained through them; Muslims, Jews, Christians, Jains, Sikhs, Shintos, and adherents of all other religions are able to receive an ordination so long as they believe in the overarching message of the ULC and agree to abide by its two central tenets. This strongly contrasts the policies of all theological colleges, as religious schools insist in adherence to a cookie-cutter methodology of religious expression and are much more investing in the political and bureaucratic.

So, given the above two choices, which method of ordination would you prefer? If you are attracted to the Universal Life Church, please know that you are not alone! Hundreds of people get ordained online through the ULC every day, many of whom go on to provide valuable religious services for their communities. To many, the high time and monetary costs associated with getting an ordained minister license are incredibly prohibitive, but the ease and convenience of online ordination make getting ordained a simple task.