History of San Francisco Through Its Churches 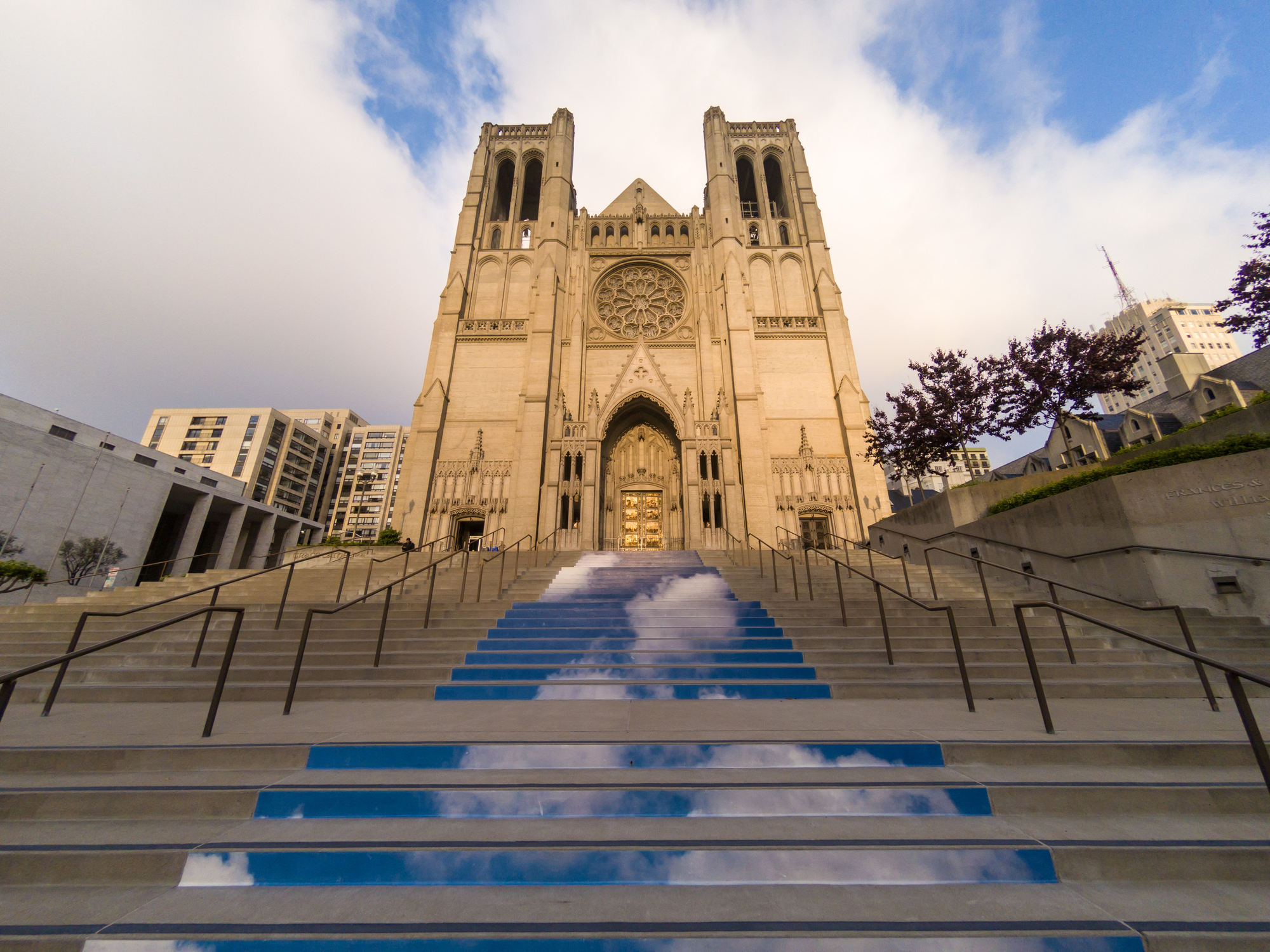 San Francisco might be might known for the Golden Gate Bridge, the Peace Movement and cable cars, but it has a rich religious history. The Spanish Empire established the Presidio of San Francisco in 1776, which was quickly followed by the MisiÃ³n San Francisco de AsÃ­s, also known as Mission Dolores, the oldest surviving building in San Francisco and the only intact mission chapel left of the 21 that were established in that era.

For many years, California was a lawless state, home to many gold-seekers, criminals and gamblers. The city was known for stately hotels, an arts scene and a flamboyant style. In 1906, the city was almost destroyed by an earthquake and the subsequent fires. Today, the city thrives. It might not be the religious center it was when it was under Spanish or Mexican rule, but about 48 percent of San Franciscans identify as Christian. Another 35 percent have no religion, and there are smaller followings of Hindus, Jews, Buddhists, Muslims and more.

Here are some of the best places to experience the heritage of San Francisco:

Mission Dolores got its name from a nearby creek, Arroyo de los Dolores. The mission has the only cemetery that remains in the city limits, and it is the final resting place for many early Californians and pioneers. The original building is made of adobe, and the facade remains as a tribute to the original mission. The garden and cemetery are open to visitors on most days.

Although San Francisco is home to many Roman Catholic churches, the Holy Virgin Cathedral is Russian Orthodox. It's the largest Russian Orthodox cathedral outside of Russia. Although it wasn't consecrated until 1977, the church is a beautiful building. It's open to the public, but you might want to familiarize yourself with church etiquette before you go.

Temple Sherith Israel is a fascinating piece of architecture and draws visitors from around the world. It is a fusion of Byzantine and Romanesque forms, and it houses over 1,000 decorative light bulbs, almost 100 ornamental leaded glass windows and 3,500 organ pipes. The sanctuary was consecrated in 1905 and sustained minimal damage in the 1906 earthquake. The congregation is still active in the city. San Francisco is home to many beautiful Jewish synagogues, so check them all out.

This temple is one of the oldest operating Taoist temples in the United States. Chinese immigrants established the temple in the 1850s, during the height of the Gold Rush. The original temple did not survive the famous earthquake, but the congregation rebuilt. The temple closed in the 1950s for about 20 years, but was reopened in 1975, when Chinatown was rejuvenated.

The cornerstone for Old Saint Mary's Cathedral was placed in 1853. About 18 months later, at Christmas Midnight Mass, 1854, it was dedicated as a cathedral, but today, it is a only a parish church which has retained its cathedral name. The cathedral withstood the 1906 earthquake, but the fires started by the earthquake gutted the inside, even melting the church bells and marble altar. The church was renovated and reopened in 1909.

This congregation was organized in 1850 in San Francisco. The current sanctuary was the third one built by the congregation. It was dedicated in 1889. Thomas Starr King, one of New England's most prominent preachers, took a position with the church in 1860. It's thought that King was an "orator who saved the nation" during the Civil War. He certainly had a lot to do with California becoming a Union state.