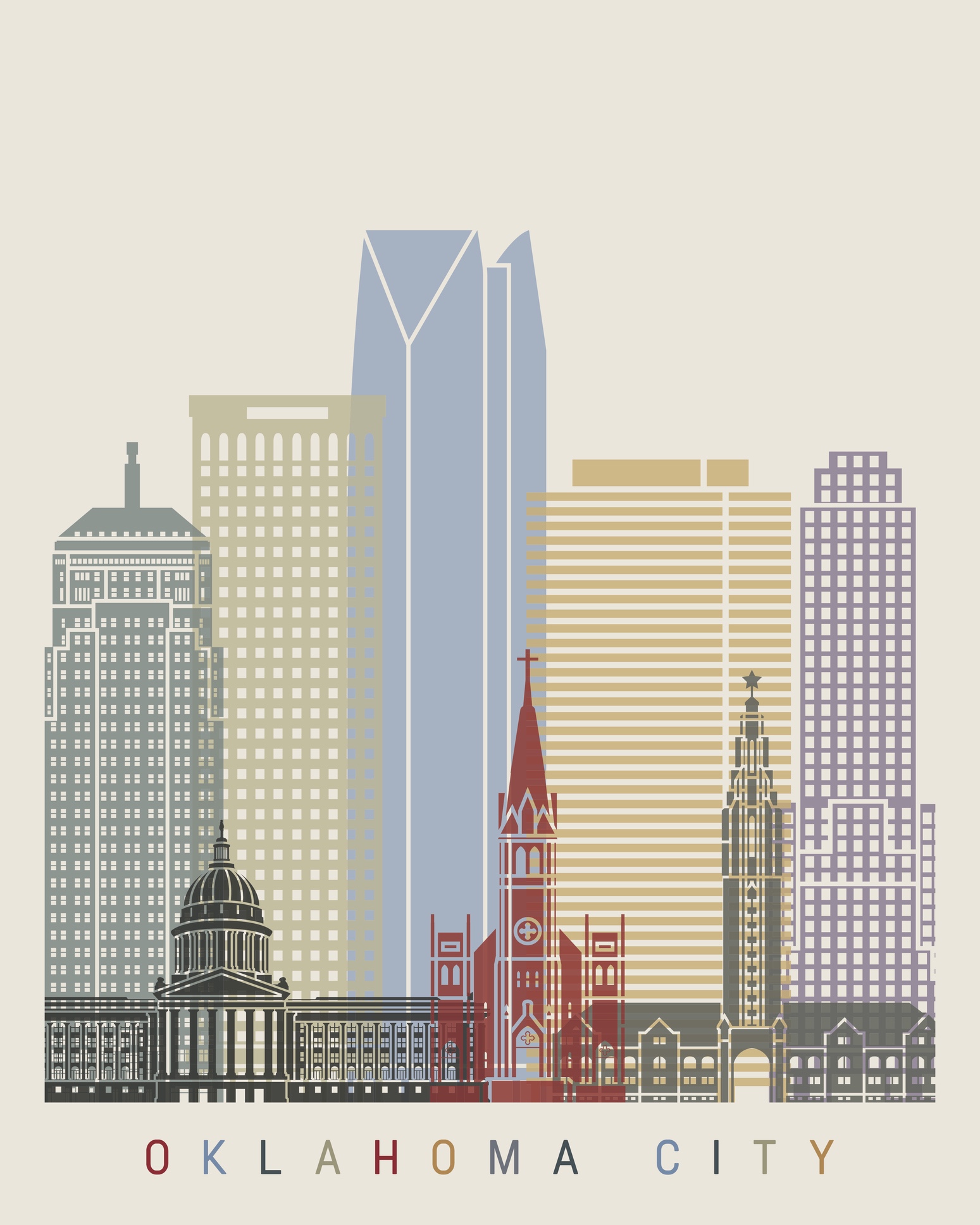 Last month, Oklahoma remembered the 22nd anniversary of the Murrah bombing. On April 19, 1995, a domestic terrorist parked a truck in front of the Alfred P. Murrah Federal Building in downtown Oklahoma City. At about 9:02 a.m., the truck exploded, killing 168 people and injuring more than 680 more. Timothy McVeigh and Terry Nichols were convicted of the crime, but Oklahoma City has never been the same. If you ever get a chance to visit the Oklahoma City National Memorial, you won't be sorry for taking the time to explore the site where the bombing occurred.

The blast not only decimated the Murrah building, but it also damaged many of the historical churches in downtown Oklahoma City. Let's look at some of the history through these buildings:

St. Joseph is adjacent to the memorial, and it was severely damaged in the bombing. The church was already on the National Register of Historic Places, as it is considered one of the first brick and mortar churches in the city. The congregation celebrated its first mass in 1889, almost 18 years before Oklahoma became a state. It served as the seat of the diocese for Oklahoma City and Tulsa for many years in the early 20th century. The church had to close for two years following the blast, but was reopened in 1997.

The church has been at its present location since 1912, but the congregation is about 10 years older. In 1913, the members of the church buried a "Century Chest" filled with treasures of the time. It was a fundraiser to purchase the Moller pipe organ. When the chest was opened in 2013, many historical treasures were revealed, including a Kodak camera, newspaper, pottery made from Oklahoma soil and original poems and music compositions from members in the congregation. A unique piece of history that is now on display in the Oklahoma History Center.

St. Paul's has been serving the downtown community since 1904. In the aftermath of the bombing, St. Paul's opened its doors as a triage site, served food to rescue workers and provided spiritual sanctuary. St. Paul's fared a little better than St. Joseph in the blast of the Murrah Building. An arm of a cross that had been on the faÃ§ade of the church broke off. The cross remained standing, even though it was broken into many parts. It took seven years to restore the Cathedral after the bombing. The church planted a willow tree in its garden to remember the children killed in the blast.

First Presbyterian boasts holding the first church service in Oklahoma City in 1889, the Sunday following the Land Run. The church was chartered later that year. The church found its current location at north Robinson and Ninth Street in 1909. Its most known for the large stained glass windows, but the building has four working pipe organs. The congregation also launched the first welfare organization in Oklahoma City in 1903.

First UMC has its roots in the Land Run of 1889, too. It began with just 17 members. In 1995, the members of First UMC in Oklahoma City also had to make some big decisions after the bombing, as the building was severely damaged in the blast. They decided to restore the historic building. While it was being renovated, the congregation shared services with Trinity Baptist Church. It took almost three years to restore the building. Today, the prayer chapel features "a stained glass window commissioned to use pieces of original windows, including the head of Jesus from the Good Shepherd window, which was found unscathed in the rubble following the bombing. The new window includes the words, which so aptly describe the history of First Church and every believer there: "The Lord takes broken pieces, and by His Love makes us whole."