Historic Churches From the Oldest City in the United States 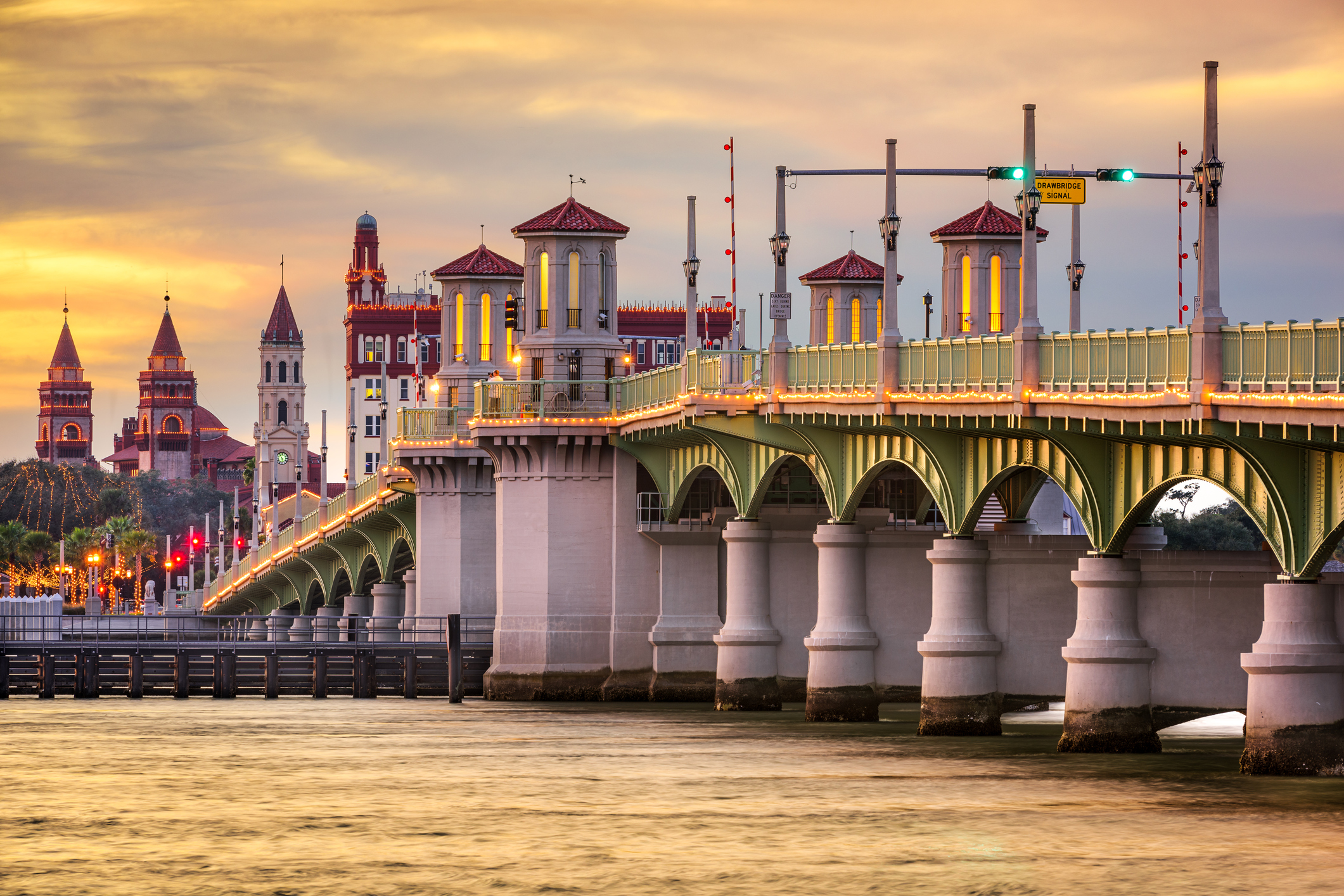 St. Augustine, Florida, holds the claim to the "oldest continuously occupied settlement of European origin" in the mainland United States. It was founded in 1565 by a Spanish conquistador. The Spanish ruled the community and the state for many years, although St. Augustine was continually under threat from pirates and other settlers in the Americas. Almost 200 years later, Florida would be ceded to Great Britain's rule for a short time, until it was returned to the Spaniards because the Crown regarded Florida as unprofitable. The United States acquired Florida in 1821, but it did not get admitted as a state to the Union until 1845. St. Augustine has some beautiful architecture reminiscent of its past, and the city, the state of Florida and preservation societies have worked hard to restore much of the colonial city. Here are some of the historic churches that are a must-see when you're in the area.

Henry Flagler, considered a father of St. Augustine, was the founder of Standard Oil. He built this church in 1887, using the same firm that constructed the Ponce de Leon hotel. The church was built to stand next to the Alcazar hotel. The Historic American Buildings Survey, Engineering Record calls this area, which includes this church, the hotel, the Casa Monica and the Memorial Presbyterian Church, "one of the most impressive, cohesive architectural 'complexes' in late nineteenth-century America."

Trinity Parish is the oldest Protestant church in Florida. The church is made of coquina, which is a soft rock comprised of broken shells. The church was established in 1821, but the building was not consecrated until 1834. Not only is it recognized for its architectural beauty, the stained-glass windows are legendary. Lewis Comfort Tiffany designed a window, and 10 others were made by Franz Meyer & Co. There are 28 windows in the church, not for adornment, but to explain the stories and symbols of scripture.

America's first missionary site traces its heritage back to 1565. There are many sacred and secular artifacts here that trace the history of the church. You can take a walking tour of the scenic grounds, and even tour some of the archaeological excavation sites. Pray at the Great Cross, one of the shrines or chapels along the path. Unfortunately, the first buildings were damaged by storms, but the present chapel is over 100 years old. It is not only a historic site, but a comforting place of prayer and spirituality.

St. Augustine might have been home to the Spanish explorers when it began, but it is also home to the first Greek colony that came to the Americas in 1768. This shrine is dedicated to those settlers. You'll see Byzantine style frescoes with 22 Karat gold leaf highlights. The museum tells the story of the colonists and gives much detail about the movement of Greek Orthodoxy in the United States.

Mass is still held daily at this cathedral, America's first parish and the oldest Catholic church in the city. The stained-glass windows depict scenes from the life of St. Augustine of Hippo, the city's namesake. The architecture is a combination of Spanish mission and Neoclassical styles. The parish was established in 1565, but the first two churches suffered a fire. The third church building stood for 95 years until it deteriorated. Construction began in 1793 on the current building. It was completed in 1797. Another fire damaged the interior of the building in 1887, but the exterior stood because it was made of coquina and cement. The cathedral was restored with nonflammable material, which was quite innovative at the time. Today, you can tour the cathedral and light a candle for loved ones.