Has COVID-19 Created a Religious Revival? 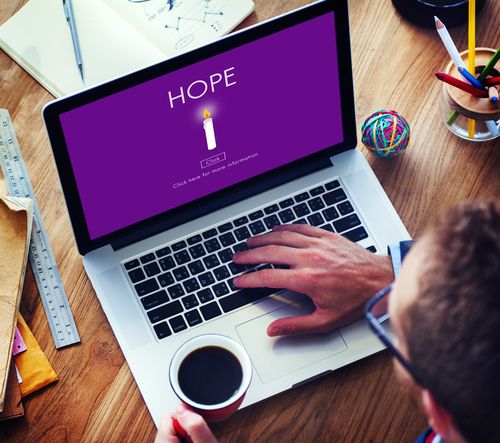 As churches have navigated the sudden changes in structure brought on upon by the outbreak of COVID-19, a lot of interesting observations have been made. The creative changes to traditional church activities may at first glance seem like little more than a coping mechanism for a time of hardship; however, one unexpected result of the pandemic has been an upturn in participation in religious organizations throughout the world. Some religious leaders are questioning whether some aspects of the pandemic may actually have been a blessing in disguise, leading to more people turning to churches and finding renewed faith in their respective religions.

Studies done in recent years have indicated a general decline in the number of people who practice religion. Across the world, there has been a trend toward increased secularization. In the United States alone, the number of people claiming to be active members of a major religion has dropped considerably. In addition to an increase in people who claim not to be religious, the number of people who claim to have religious beliefs but don't actively belong to any specific church has also grown. These individuals often refer to themselves vaguely as "just Christian" or with similar terms. While this has been the direction the world seems to be moving in for quite some time, people may be in the midst of a major shift in direction.

While COVID-19 has led to the closure of churches, religious activity seems to have increased. Even with the disruption of cherished traditions such as Easter, there has been an apparent spike in participation in alternative religious events of all kinds. The shift to online services has increased the regular viewership of Sunday services to well over the regular turnout. Other services, such as religious courses, have also experienced a significant increase in attendance.

A study conducted by the Pew Research Center revealed that around 25% of Americans believe that COVID-19 has actually strengthened their faith. Many religious leaders, once skeptical of their ability to transition to an online format, now claim to have actually benefited from it. In many ways, the internet has allowed them to reach wider audiences and create an experience that is more accessible than ever before.

Offering a Source of Comfort

In a time when so many people have had their lives disrupted, it makes sense that people would turn to their faith for a sense of stability. Some people even claim the virus has been a personal blessing as it has led them back to their faith and helped grow their religious communities. During a widespread crisis such as this, people are searching for the comfort and feelings of community that religion can offer.

In addition to offering answers for those who are struggling with current circumstances, the changes religious organizations have put in place have made religion easy to access. With people making a lot of effort to stay home, many families have more downtime than they are used to. This can give them more time to turn their attention to religious resources and even revisit their faith for the first time in many years.

Looking Toward the Future

It may seem strange to look at the pandemic in a positive light, but with devastating consequences rippling across the globe, devout religious groups have seen some sources of comfort in their success and resilience in the face of change. Surprisingly, the shift to socially distant religious services has actually come with a significant increase in the number of participants for many religious groups. People are turning to religion to help them navigate through these difficult times. Whether this shift in direction will continue after the pandemic or previous trends will return remains to be seen, but for now, the changes have been fascinating.

It is quite surprising to realize how few people actually know what they claim to believe. Many people ask my advice about believing God to protect them from diseases and they are amazed to learn that the bible commands not to touch the unclean thing, and repeats the command many times.