Freedom of Religion and Online Ordinations 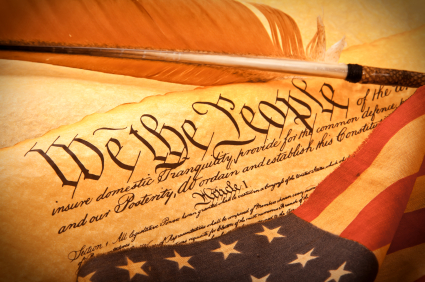 ty to have their most sacred day be officiated by the reverend of their choice. With the supposed commodification of religion, in this case paying top dollar to buy credentials, come new questions surrounding religious freedom as people begin to realize that tolerance is more than just accepting foreign rules and regulations but also their absence. The internet is allowing people to divorce themselves from traditional institutions, which is threatening to the traditional brick and mortar church that has historically held insurmountable power.

So, the question remains, is the expansion of religious power and inclusion a good direction for the country to move to or is important that we, as a nation, take a step back and reclaim a few (outdated) practices? Should the Universal Life Church require more than a name and birth date to become a minister?

To answer this question it is important to look at the role of religion in formal marriage ceremonies. The United States is one of the only western nations that place the legality of marriage into the hands of a religious institution. Most countries require you to sign a civil agreement with the state; this is what makes the marriage legally recognized as opposed to the religious ceremonies. They then allow you to have a religious ceremony afterward, which has no standing with the state government‚ This religious affiliation makes marriage an exclusive institution, accessible to those who meet the criteria set forth by a religious institution, which, according to the Constitution, should have no influence on the decisions of the government. Online ordination is a sign the state is moving to further divorce itself from the church as the nation forgoes church more and more often.

For some, becoming a minister online is a sign that the world has lost respect for their religion. For others, becoming a minister online is a sign of efficacy and self-determination, two undeniably American ideals. These are the ideals that have shaped this nation and now seek to lead us out of these troubled times. Another extremely pertinent point is while some people are allowing those who did not labor over religious studies for years to perform their marriage ceremonies, traditional pastors and reverends still officiate said ceremonies every single day. Online ordination, and people's problems with it, could signify secular intolerance. Yes, some people make a mockery of it and ordain their dogs or themselves with fake and offensive names but for others it is the only way to ensure they have complete control over their most sacred day.

If you are interested in becoming ordained in order to perform any number of ceremonies, please feel free to visit and browse our various products and services. Should you be looking to get ordained online, this would be the perfect place to start.