4 Interesting Facts About US Evangelicals 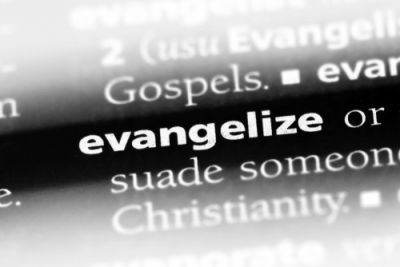 Before we get into the four interesting facts about US evangelicals promised in the title of this post, it might help to define what an evangelical is. This, however, poses a problem. No one-size-fits-all definition applies to all evangelicals, whether in the US or worldwide, other than the fact that they are all Christians. After all, all forms of Christianity embrace the concept of evangelizing, i.e., spreading the Gospel to others. The difference is that some Christian religions and denominations stress this aspect more than others do.

So the best we can do is say that according to Gallup, an evangelical is a Christian defined by one or more of the following four subsets:

Having at least tried to define the meaning of evangelicalism, let’s turn now to those four interesting facts about American evangelicals.

In the 27 years during which the Gallup Poll has been asking Americans, “Would you describe yourself as 'born-again' or evangelical?” the answer has remained remarkably consistent. While 42% of Americans answered “yes” to this question in 1991, 42% answer “yes” today.

2. Blacks Make Up the Largest Segment of US Evangelicals

You seldom hear of a black Republican, evangelical or otherwise. In fact, black Republicans make up such a small demographic that no one, even Gallup, has actually analyzed them. Far more analysis has been done with regard to the political persuasions of white evangelicals. Today, a 27 percentage point gap exists between white evangelicals/born-again Christians who identify as Republican and those who don’t. This is up from the 20-point gap that existed during the Obama administration and the 19-point gap that existed during the George W. Bush administration. As for approval of current president Donald Trump and his policies, a 25-point gap exists between whites who identify themselves as born-again/evangelicals and those who don’t.

When Gallup conducted its latest poll of Americans’ religious preferences in 2018, it added a new question. It asked half of the participants, “Would you describe yourself as an evangelical?” It asked the other half, “Would you describe yourself as a born-again evangelical?” Adding the word “born-again” significantly affected the response to the two similar questions. Thirty-eight percent of respondents receiving the born-again version of the question answered in the affirmative. Only 21% of those receiving the other version of the question answered positively.

Gallup pollsters came to the following three conclusions based on this 17-point gap between responses:

Whether or not you are a religious person, these four facts about US evangelicals may pique your interest. They should also give you a better understanding of the concepts and factors inherent in US evangelicalism.