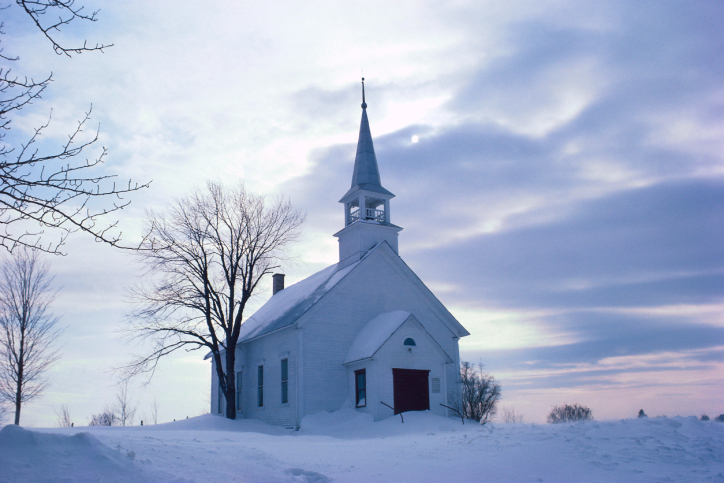 In professional hockey, faith and religion can be seen as a liability, with some players carrying an attitude that, "hockey is a physical sport; there's no place for religion in hockey." Former players note that hockey dressing rooms can be an intense cauldron of emotion. Things that stand out are often noticed and commented upon in a negative way, from a different haircut to a new pair of shoes. The machismo and male bonding rituals that accompany the game leave little room for individual expression that is out of the norm.

Chapels and Faith in the Stadium

Other major pro sports seem to have a more open and tolerant attitude toward faith or at least toward the Christian faith. Players in the National Basketball Association (NBA) have a long tradition of attending joint chapel worship, with the home team's chaplain leading the service before the game. The Los Angeles Clippers made news in 2013 when they held an exclusive and separate chapel session prior to a heated game with their instate rivals, the Golden State Warriors.

Every major league baseball team in the country has a chapel for players to visit. While some 23 of the 30 teams in the National Hockey League (NHL) officially report religious facilities, only about one-third of those that claim to have one on-site acknowledged the presence of the chapel at the team's headquarters when asked by a reporter.

While the Christian faith may be becoming more accepted and open among big league hockey players, there remain dozens of faiths unrepresented on the ice. Whether aligned with a particular religion or unaffiliated, the society that the league is a part of becomes more diverse, and perhaps more open, about matters of faith and the spirit.

Much as in the real world, the faith of the characters informs much of the action and events of the fictional kingdom of Westeros (and its neighboring territory, Essos) in the hit series "Game of Thrones." A follower traces the major religions of the story's world, finding it similar in broad outlines at least to the major religions of Earth.

The old gods still have ardent believers in the north. As the storyline progresses, characters swear oaths before a heart tree, pray in old groves of woods consecrated to the gods, and even talk to men in trees. Similar to pagans or druids in the world, the faith has elements of a religion without an organized structure and hierarchy, as seen in many other churches.

The Faith of the Seven and the Red God

The book of scripture called "The Seven-Pointed Star" has followers in the south of the country. Much faith is based around the concept of the seven-sided nature of God in this faith, including the elements of seven identities in one God that the faith recognizes:

Believers pray and sing to any or all of the faces of God, whom they generally see as one being containing many aspects.

While the faith of "The Seven-Pointed Star" is the dominant religion throughout much of the kingdom, there is a growing presence of followers of the Lord of Light, R'hllor, who is locked into battle with his antithesis, the Lord of Darkness. The old gods' followers are generally able to accommodate the newer beliefs from the South, but the two organized religions tend to clash.

As an expert on religion in the world of the story notes, "the more regions you visit, the more gods you come across and some say that all these gods are just different incarnations or different cultural interpretations of the same god." Similarly on Earth, the more that one travels, learns and experiences other cultures, the more one sees a wide variety of faiths. Even in a country that is Christian on the surface and in the majority, there exists a diversity of beliefs and faiths that fill the space that is defined as religion.