Faith and belief are words that have lost their deep meaning in our language. This article is an attempt to regain some of that depth and understand why these concepts were so important to Jesus and the early followers.

Belief is a form of embracing the present moment, of what is arising in your life right now. The whole issue started back in the Garden of Eden. When Adam and Eve ate the fruit from the Tree of the Knowledge of Good and Evil, they truly died, as God said they would.

Faith is a form of confidence: given that we embrace the present moment, we have full assurance that we will act appropriately to that which is arising in our life as circumstance. Our natural response will be virtuous and loving, compassionate and intelligent, because that is what we are.

Remember that Jesus never said that he was going to heal anyone, he either said, "...your sins are forgiven" (sin being missing the mark, not acting appropriately), or he said, "...your faith has made you whole". Virtue then becomes the activity of flowing with the course and current of life and not struggling against it, trying to manipulate and change it. 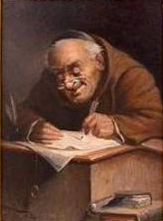 Jean Pierre de Caussade, a 17th century French Catholic Priest, saw the essence of Christianity to be complete surrender to the "will of God".Ã‚ He wrote, "This is the true spirituality, which is valid for all times and for everyone. We cannot become truly good in a better, more marvelous, and yet easier way than by the simple means offered us by God: the ready acceptance of all that comes to us at each moment of our lives."

So when Jesus asked in Luke 18:8 "...when the Son of Man comes, will he find faith on the earth?" What he was asking was, "When I return will anyone be living in the present moment. Will anyone be living like Adam and Eve prior to their decision to defy God?" He was referring to the fact that he came to offer us a way to the tree of life that was denied Adam and Eve, he overcame death to prove this to us. The whole importance revolves around our surrender of the arrogance, the arrogance that we know what is good and what is evil.

I am now going to quote mystics outside of the Christian circle. Anyone that sees that as unprofitable should start to read the Bible and not trust what their church doctrines relate. Jesus said, in John 14:6 "I am the way and the truth and the life. No one comes to the Father except through me." He also stated in Matthew 15.24, "I was sent only to the lost sheep of Israel."

There have been, and still are, many virtuous and God seeking people all over the world. It is best to give up the arrogance that your way is the only way. This is exactly what leads to conflict and war. Jesus gave us a charge of delivering the "good news" - not some doctrine of fear and anger, guilt and shame. You would be very surprised at the impact Jesus has had on ALL the world religions.

"It should be clear by now that the problems by which the individual human considers himself beset are based in the belief that the opposites are supposed to be separated and kept apart, that the good and the beautiful must be sought to the absolute exclusion of all that is considered evil and ugly. Freedom from the pairs, is what freedom truly means. This freedom from pairs is the Kingdom of Heaven spoken of in the Bible, even though most exegetists seem to have forgotten it. Heaven is not the state of all positive virtues and rewards to the exclusion of all negatives, but the state of transcendence of both positive and negatives".

"Content with getting what arrives of itself, passed beyond the pairs, free from envy (wanting things to be different than they are). Not attached to success or failure..."

In the Buddhist writings, the Lankavatara Sutra:

False imagination teaches that such things as light and shade, long and short, black and white, are different and are to be discriminated; but they are not independent of each other; they are only different aspects of the same thing; they are terms of relation, not of reality. Conditions of existence are not of a mutually exclusive character; in essence things are not two but one." 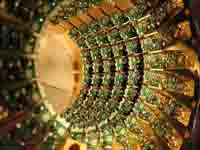 The theory of quantum mechanics has all but demolished the notion of separated opposites, I won't go into detail here but the discoveries of quantum physics will change the way people look at god, the world, and universe. In fact, the perspective we have of our world and our place in it derives from the model of the universe that classical physics, or the Newtonian model, purported as "laws". These "laws" do not define the reality we live in as we once thought, and these quantum discoveries are as important as realizing the world is not flat.

Have you heard of the Gospel of Thomas? It is not in the Bible as it was discovered in 1945 in an ancient Egyptian Library. It is interesting in that it is the one "gospel" that the Catholics did not get to translate for us.

And from Matthew 6:34 (in your Bible), Jesus said, "Take therefore no thought for the morrow: for the morrow shall take thought for the things of itself. Sufficient unto the day is the evil thereof." And "Truly, I say to you, unless you turn and become like children, you will never enter the kingdom of heaven. Whoever humbles himself like this child is the greatest in the kingdom of heaven." Matthew 18:3-4

Our lives are in the present moment, regrets of the past and expectations of the future (for example) merely create stress in our lives, and conflict in the world. When we turn from dispersing our energy into the past and the future we find that we have gathered it up to focus on the present, what is arising on our lives right now.

Then our lives become more than a desire for the good things and an avoidance of the evil. We then start to truly live.