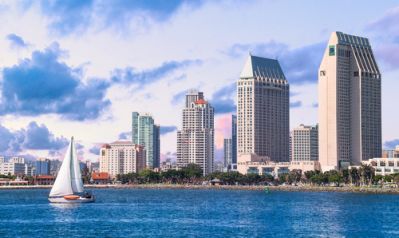 San Diego, California, doesn’t get the publicity that Los Angeles or San Francisco does, but there is a lot to see and do in the area. It’s estimated that Native Americans lived in the area for 12,000 years. Europeans discovered what would become San Diego in the mid-1500s, but it wasn’t settled until about 200 years later. Spanish explorers would establish San Diego, but Mexico kicked out the Spanish in 1821 and ruled until California became part of the United States in 1848. Here are some of the best museums and sites to understand the culture and heritage of this great city.

Learn about ancient Egypt, beer and cannibals in this museum designed for adults and children. One of the exhibits that is especially enlightening is on race and identity. The museum hopes to engage with teachers, students and the general public and get people to think about how we identify in the community and to make positive changes in how we treat each other. It’s located in Balboa Park, next to some of the best museums in the city.

This Balboa Park museum offers free admission. Although its focus is on European old master paintings and artwork, it does have a collection of Russian icons from the 15th through 17th centuries. The pieces are stunning and have a different look than some of the Italian and French classics. Make sure to catch the Spanish artist Bartolomé Esteban Murillo’s rendition of “Christ on the Cross,” a painting from the late 1600s; it’s an exquisite piece of artwork that depicts the final moments of Christ’s life.

Celebrate Chinese heritage at this museum in San Diego’s Chinatown. The museum has an extensive collection of artifacts that commemorate Chinese culture. Check the calendar for events and special lectures, and take a walking tour of the district to really delve into the historic community. Museum admission is just $5.00 for adults and children over 12, while children under 12 get in free.

This mission was founded in 1798. Although its founders were Spanish, they named the mission after St. Louis IX, King of France. The architecture combines Baroque and Classical styles with Moorish influences. The church is a National Historic Landmark and is considered one of the most beautiful of the California missions. Many of its features are unique. It’s worth taking the time to visit.

This is San Diego’s only museum on an Indian reservation. Its collection represents thousands of years of history of Southern California’s indigenous people. One of the current exhibits focuses on Native American athletes, including Matt LaChappa, Jim Thorpe and Notah Begay III. Make sure to see the Stones in the Meadow exhibit, which features the work of Irving Gill, an architect who designed low-cost housing at the Rancho Barona Indian Reservation.

This was the first Franciscan mission in California, founded in 1769. Five churches have been built on this site. One of the larger bells is an original; look for the crown on top of the bell. The mission has an interesting history in the area, and olives were first cultivated here. Every year, thousands of California fourth graders visit to explore California history.

Heritage of the Americas Museum

You’ll want to make sure to visit the Anthropology Wing at this museum to explore the culture of Native Americans. The Nez Pierce dentalium shell dress is especially unique, but you’ll find many other artifacts that demonstrate how the Sioux, Cheyenne and Hopi people lived. There are three other wings and a garden to explore, so make sure to plan time to go through the entire museum.

On your next visit to San Diego, take the time to visit some of the city’s interesting museums. In a short time, you can learn much about the area’s culture and history.