8 Books for Children for the Season of Nonviolence 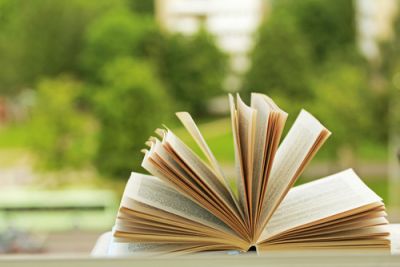 January 30 marked the beginning of the Season of Nonviolence, a 64-day international campaign that begins on the anniversary of the death of Mohandas Gandhi and ends on April 4, the anniversary of the death of Dr. Martin Luther King, Jr. The website for the Association for Global New Thought has dozens of resources for honoring this time in peace. We’d like to include these children’s books that you can share with the young ones in your life to help them learn compassionate behavior.

“Seeds of Freedom” by Hester Bass

Understanding the civil rights era is difficult for today’s children. The horrendous acts of violence can make it hard to talk about. Bass takes elementary readers through a delicate journey of the era in Huntsville, Alabama, to show how courage and cooperation changed racial discrimination in the South.

“I am Gandhi” by Brad Meltzer and Christopher Eliopoulos

This biography was written for early elementary readers. It’s part of a series about heroes who changed the world. Meltzer has a long list of credits to his name and Eliopoulos worked at Marvel Comics. His illustrations help to tell the story to even the youngest readers. Children will learn to stand up to injustice through peaceful protests.

“How To Heal a Broken Wing” by Bob Graham

Preschoolers will delight at this book that speaks to “even the least of these.” When a pigeon is injured in the big city, a young boy sees that the bird is hurt. He takes the bird home and saves it so it can return to the sky. Graham has a way of telling stories to children about compassion and empathy.

“Aani and the Treehuggers” by Jeannine Atkins

This story for elementary level readers is based on a true story from India. Aani and other women from a village wrap their arms around trees to save the village from developers who want to cut them down. They act peacefully in protest to protect their way of life.

Written for very young children, newborns to age 3, this picture book portrays simple concepts of peace and harmony through charming artwork and references to “peas.” It’s a perfect book for little ones who are just beginning to find enjoyment in books. They’ll enjoy the pop-up at the end.

“Harvesting Hope: The Story of Cesar Chavez” by Kathleen Krull

The fight for civil rights wasn’t limited to African Americans, as Krull describes in this book about Chavez, who fought for migrant farmworkers in California. Elementary level readers will enjoy learning that Chavez was a shy boy who was bullied and teased at school. He rose above his critics to change the world for thousands of people by speaking up.

“Miss Paul and the President” by Dean Robbins

Alice Paul took the fight for women’s rights to the president, demonstrating that one person can make a difference by lining up support for a cause. Paul is rarely mentioned in history books with Susan B. Anthony and other suffragettes, but she was one of the people who helped to persuade President Woodrow Wilson that women deserved the right to vote. She didn’t back down, even after she was told that there were more important matters than voting. Her peaceful persistence helped to give women rights that changed history.

“The Name Jar” by Yangsook Choi

Coming to a new school can be daunting when your name isn’t easy to pronounce. When a Korean girl moves to America, she is worried that no one will be able to say her name. She tries out some American names, but eventually chooses her Korean name. Elementary readers will learn empathy for others who are going through the immigration process and are outsiders.

It’s important for everyone to learn about nonviolence, but it’s particularly important for young children who may need to be taught compassion, empathy, and kindness. In honor of the Season of Nonviolence, check out some of these amazing books and share them with the young people in your life.