Domestic Violence and the Church 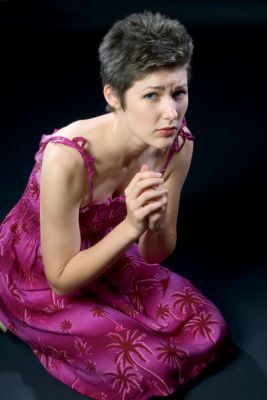 Anglican Communion News Service recently reported on domestic violence (DV) in the church. Churchgoers in the county of Cumbria, England, were surveyed by academics with Coventry University and University of Leicester. Over 25 percent of the respondents indicated that they were experiencing abusive behaviors in their current relationship.

The researchers chose Cumbria because the churches do realize that DV is a problem in the community. Many liaise with local support services and provide information to victims. Church leaders take part in training and promote the help-lines. One church reportedly has a priest who has experienced domestic abuse in her past. The churches in the area believed that they understood the DV problem.

However, one of the findings of the study was that “only two in seven churchgoers felt their church was adequately equipped to deal with a disclosure of abuse.” That’s 28 percent of the respondents. Researchers believe that the results of the research are a wake-up call for what is happening in the church as it pertains to gender-based violence.

Nationally, it’s estimated that about 33 percent of women and 25 percent of men have been victims of domestic violence. However, in a LifeWay Research survey, three-quarters of pastors believe that less than 20 percent of their congregation has experienced it. Most sociologists report that domestic violence does not discriminate against age, race, sexual orientation, socio-economic status or religion.

Although many churches are considering how to protect members against outside forces, it’s important to learn more about intimate partner violence and how it could affect the safety of church members. Even those uninvolved in the situation can be in danger, should an abusive partner show up at a church wanting to harm the partner. Ministry staff and other congregants could be injured or killed before law enforcement were to show up.

Make Your Church a Safe Haven

Whether you’re a pastor or a member of leadership or not, it’s going to take the entire congregation to make a difference for victims of domestic violence. Members of the church can’t sit by and wait for the leadership to take action. LifeWay Research found that about 45 percent of churches don’t have a plan in place to respond to a person who is a victim of domestic violence.

Fortunately, the #Metoo movement has made it clear that Americans in every walk of life have to be ready to respond. Many denominational churches have resources within their leadership to make DV a priority and change the culture. Florida State University developed the Alliance for Faith-Based Efforts to End Domestic Violence. Ministry Matters lists dozens of resources for Christians who need more information. Practically every community has a local domestic violence crisis response team that would be happy to partner with a church to provide information and help create a plan.

The church of yesteryear hasn’t always been the best at responding to women who are victims of domestic violence. Women have been told to be submissive and forgive. Save the marriage at all costs. Although most pastors know that these statements are wrong, it’s hard to know what to say. The Christian Church is about forgiveness and reconciliation. Forgiveness and repentance should not be emphasized at the expense of safety and well-being. Faith-based organizations can be a place where abuse survivors can find healing and a new sense of safety, but the discussion has to change. We challenge you to make sure your organization is a haven of safety for victims.

CAN WE COUNSEL PEOPLE THAT ARE GOING THROUGH DOMESTIC VIOLENCE