Danny Bonaduce gets ordained through the Universal Life Church 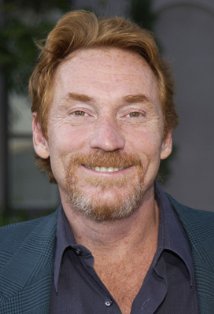 We are pleased to announce that Dante "Danny" Bonaduce, former child star of The Partridge Family and current radio host for KZOK 102.5 Seattle, got ordained through the Universal Life Church Ministries on Jan. 24th, 2011.

"Reverend" Bonaduce, who was working for Philadelphia radio station 94WYSP at the time he received his free online ordination, became legally ordained online in order to perform a wedding ceremony for two lucky listeners as the grand prize of his station's "I Do With Danny" promotional contest. 900 couples submitted details about their relationships in hopes of being married by Bonaduce, and Justin Greenhow and Rebecca Browning Hess Greenhow of Moorestown, Pa. were ultimately selected.

"This is the first time we held a wedding promotion," a 94WYSP program director said. "We were looking for a couple who had a compelling story - we felt we found them when we met Rebecca and Justin."

[Editor's note: observant readers will remember that most counties in Pennsylvania generally do not accept the ULC Ministries's ordination when they file for a marriage license. Our ministers are legally allowed to get ordained in states where their ordination is not recognized because their ordination is recognized elsewhere (i.e. the 48 other states in the U.S.). As you will read later in this post, Bonaduce performed the wedding in Delaware, a state that does recognize our ordination; the marriage he performed with his Universal Life Church Ministries ordination credential is thus legally-recognized.] 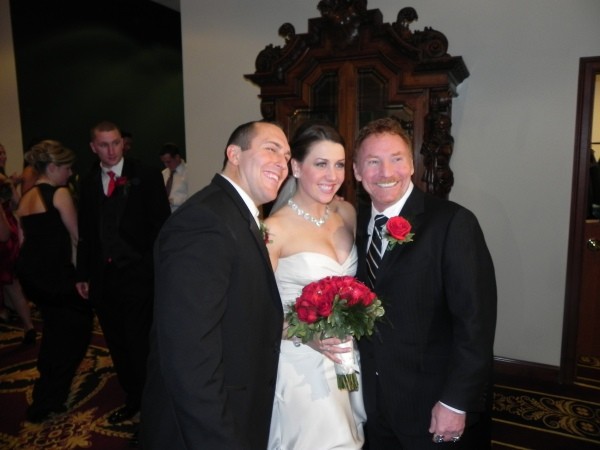 The Greenhows celebrated their wedding at White Clay Creek Country Club in Wilmington, DE on Feb. 11, 2011, and over 200 family and friends from across the eastern United States were able to attend. Both Bonaduce and Rebecca's childhood minister, who is not ordained with the Universal Life Church, acted as wedding officiants.

The couple only had six days to plan the ceremony and pick out flowers, tuxes, dresses, and the wedding rings. Despite the small time frame given to them to plan the entire wedding, the couple and their parents managed to enjoy themselves.

"Justin and Rebecca got the word out [about the wedding] through Facebook and texting, and everyone we invited came," said Debbie Browning Hess, Rebecca's mother. "It was so exciting!"

Floral company's advertisement for "I Do With Danny" promotional contest

Having Rev. Bonaduce perform the wedding was just one of the many perks of winning the "I Do With Danny" contest; the wedding venue, rings, dresses, tuxes, cake, flowers, and photos were all provided to the Greenhows for free by a number of local businesses. In all, the contest's grand prize was worth around $45,000. Saving tens of thousands of dollars on their wedding will greatly help the Greenhows; they plan on using the money they would have spent on the ceremony to make a downpayment on their first home.

Bonaduce was able to hang around for the reception after he was done being the wedding officiant.

A Universal Life Church minister with a diverse history

Danny Donaduce's career began early; he was a child star on the popular early 70's sitcom The Partridge Family by the time he was 11. His early start petered out when The Partridge Family was canceled after its fourth season in 1974; he was only 15 years old at the time. Subsequent attempts to break into the film and music industry were largely unsuccessful.

Bonaduce, a trained boxer and wrestler, competed in charity and pay-per-view events on cable television during the 90's and 00's.

Bonaduce has also worked as a radio host for a number of stations, including the aforementioned ones in Seattle and Philadelphia. He currently has a show on Seattle's 102.5 KZOK 5:45 - 9 a.m. morning commute time slot.

Bonaduce currently resides in Los Angeles and Seattle, where the Universal Life Church Ministries is headquartered.