Common Birds in the Bible 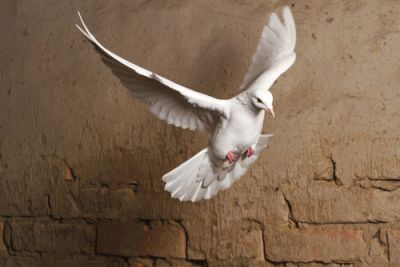 Backyard bird feeding and bird watching are popular hobbies that connect you to nature. There’s something special about finding a bright red cardinal at your bird feeder or spotting a rare bird while you’re on a hike. Bird feeding doesn’t have to be expensive, but it does bring joy and is educational. Here are some of the birds mentioned in the Bible and their meanings.

Noah released a raven to determine if the waters had receded, but the raven failed in its mission. The raven is often considered a condemned bird, but in 1 Kings, the bird should have redeemed itself by bringing food to Elijah, the prophet, every morning and evening. Ravens appear menacing, they don’t sing, and they are unclean by Jewish tradition, but in Job 38:41, God specifically says that he cares for their young.

Noah also released a dove to determine if it was safe to get out of the ark. The first time the dove went out, it came back. Noah surmised that there was nowhere for the dove to find rest. He sent it out seven days later and the dove returned with an olive branch. Seven days later, Noah again sent the dove out and it didn’t return. That was when he knew that it was time to find land.

The dove is one of the most popular birds in the Bible. It’s a common bird in Israel, beloved for its song and fidelity to a mate. The dove was considered an acceptable sacrificial offering, much like a lamb. Matthew writes, “Be wise as serpents, and harmless as doves” (Matthew 10:16). The dove often represents the people of Israel. It also symbolizes peace and harmony. When Jesus is baptized, the Spirit of God that descends on him is compared to a dove.

The eagle is one of the most powerful birds in the world. It flies higher than other animals and has a huge wingspan. Eagles can live for a long time. It’s no wonder that the Israelites revered the majestic animal. Most people are familiar with Isaiah 40:31, which says, “But those who hope in the LORD will renew their strength. They will soar on wings like eagles; they will run and not grow weary, they will walk and not be faint.”

If you’ve ever listened for the “bob-white” whistle of the quail, you understand the importance of the bird. Quail are about the size of pigeons but are considered kosher to eat. Most scriptural references to quail are about sustenance. God provided quail for the Israelites to eat. Quail are associated with hunting and provisions.

Luke compares the value of sparrows to the hairs on a person’s head. The sparrow is not worth much money, but God doesn’t forget them. “You are of more value than many sparrows.” God will not forget you. The Psalmist records that the sparrow and swallow will have a place of safety near the altar of God. The swallow reappears every spring, representing the resurrection of Jesus.

Birds in Other Religions

The Baha’i faith have a deep respect for birds. Their prophet is often referred to as a nightingale. The equality of men and women is represented by the wings of a bird because the two wings must work together to be successful.

Birds have often represented gods and goddesses in mythology. Athena, the goddess of wisdom, is portrayed by an owl. Thoth, the Egyptian god of writing, is represented by an ibis. In Indian tradition, Mother Earth may be portrayed as a peacock. The Hindu god, Vishnu, is thought to have ridden an eagle, while Kamadeva rides a dove.

Legend says that “whatever you do to a robin will happen to you.” Be nice to birds.