In a small native village in Alaska, 22 residents went on trial for fishing salmon as they have always done. New federal laws restrict fishing in Alaska's Yukon- Kuskokwim Delta. But the defendants say that "God" will be offended if they do not fish as they always have done.

Alarmed by declining salmon runs for some time, the U.S. Department of Fish & Game took strong action in 2012 with the fishing restrictions. The agency considered the regulations urgently required to protect the species in the future. Every year some 40,000,000 salmon migrate through the rivers 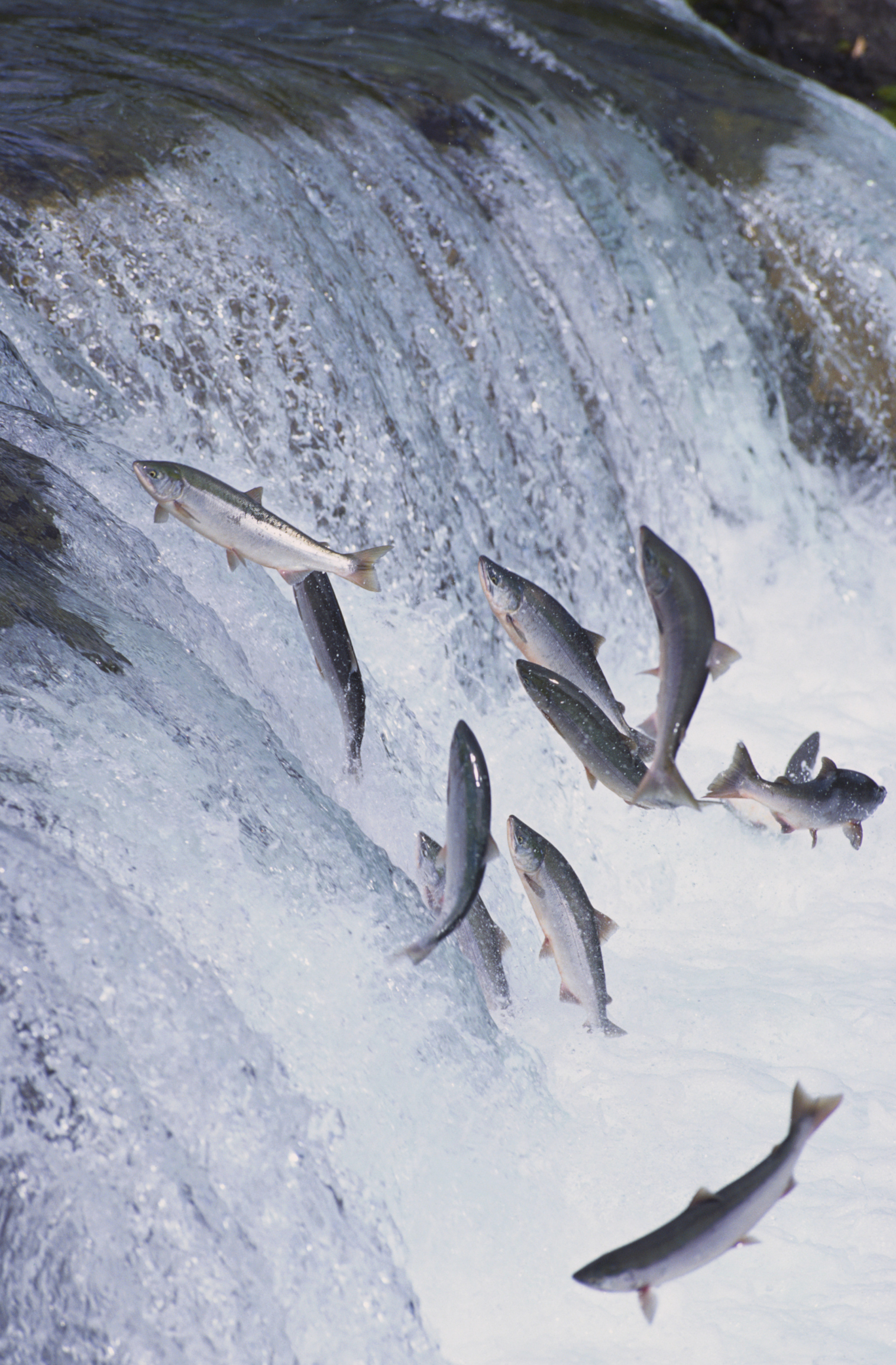 of Alaska where they have spawned, and out to the sea where they live most of their lives. Declines may be natural cycles, but are likely linked to climate change, including rivers upstream breaking up earlier than they used to, changes in ocean currents, and changes in other species that are in the salmon's food chain.

The village must move very soon anyway. Water encroaches further every year on the roads and buildings in town. In 2009 U.S. Army Corps of Engineers listed the village among 26 "Priority Action Communities" that have only perhaps two years before they must move as they land under them is being swallowed up by rising water.

The villages are not the original choice of residence for the natives who live there. Missionaries or government agents settled them there, causing the natives to leave behind their former nomadic lives decades ago. Now they must soon move to another place, on higher ground.

Where is the Higher Duty?

Can the culture of the native residents survive if they cannot fish for their salmon as their beliefs direct them to do? Can it survive relocation to Anchorage or elsewhere? The language, dances, traditions, and relations among the people are the community, not the homes and roads that are changing beneath them. Is the fishing tradition, that is one part of their timeless culture that has survived, to be forbidden them now?

The earth works on long cycles that humans are only beginning to comprehend in full. Change that begins by input of increasing carbon fuel burning into the atmosphere for a century will never be reversed in a human lifespan.

One way to begin to change the future of climate change, though, is for many people to change harmful old ways of doing things that are adding to the damage. Experts generally agree that just two simple actions with positive impacts will lead to decreased use of resources that add to climate damage. Every individual can take personal responsibility by:

Gods of most of the world's major religions talk little about human responsibility to live lightly on the earth we share with all other creatures. Those who see the truth that all on this big rock in space are connected in a very real sense, by the air we need to live and the water we drink, understand our place. Neither clouds nor rivers know borders or religion or any of the other differences that humans sometimes think are so important.