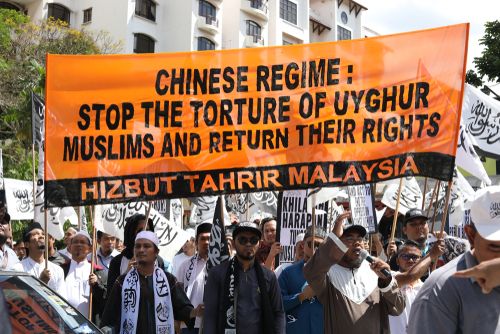 The persecution of people based on their religion has historically created massive challenges and led to the displacement of minority groups across the world. As many developed countries continue to boost their religious freedom practices, others are still cracking down on groups they feel don’t adhere to their vision for the country.

China is an area of particular concern. With an extreme lack of transparency in government activities, many of the actions taken against religious minority groups may go unnoticed for some time. One of several groups that may need outside assistance to survive is Uighur Muslims. They have been relentlessly targeted by the Chinese government and even been put in holding areas that are sometimes described as being essentially concentration camps.

Who Are Uighur Muslims?

Uighur Muslims are a religious minority group residing in the Xinjiang region of China, an area in the western part of the country. The Uighur people are Turkish-speaking. They currently make up approximately 42% of the population in Xinjiang.

Sadly, there has been a history of conflict between Chinese officials and the Uighur people. In an attempt to break away from Chinese interference, the area declared independence in the early 1900s, but this was quickly brought to an end. Xinjiang is now strongly under China’s influence.

What Is the Current Situation of Muslim Uighurs?

A recent report released by the United States Commission on International Religious Freedom offered some insight into the current situation of the Uighurs. Unfortunately, the news is far from good, with the report suggesting that China should be a country of concern due to its mistreatment of the Uighur people and others like them. Thousands of Uighurs are believed to be currently detained in internment camps. There is evidence to suggest that these camps are cruel places where captives suffer extreme physical and emotional abuse.

This situation is made more difficult by China’s lack of transparency about the situation. Censorship laws in the country make it hard for outsiders to recognize human rights issues that may be occurring there. This is why even though the mistreatment of the Uighur Muslims has likely been occurring for some time, it has only recently started to draw the attention of the wider world.

What Is Being Done To Help Uighur Muslims?

Recent releases of information regarding Uighur Muslims have created some momentum for change. In addition to the Uighurs, other minority groups have also been identified who are facing similar mistreatment, such as Kazakh and Hui people. Interestingly, larger religious groups also face opposition from the Chinese government, with Christians, Tibetan Buddhists, and other Muslim groups being blocked from many of their practices.

In early June, President Donald Trump signed an executive order in support of making international religious freedom a top priority. While this was one small step in what would need to be a monumental project, it did promote religious freedom as a more major part of the United States’ foreign policy. Whereas religious freedom was once toward the bottom of the agenda, it should now sit somewhere near the top. This won’t bring about change automatically, but starting the conversation about foreign policy changes and continuing to release reports may do some good for at-risk religious groups.

What Will Become of Chinese Minorities?

The Uighurs are one of several groups whose way of life is deeply disrupted by the Chinese government. While it can be difficult to gather exact details on the situation due to censorship in the country, some information still manages to get out. This information, coupled with the new role international religious freedom may soon have in the United States’ foreign policy, may mean that some action may be taken to help this group and people like them across the world.

I've taken the time to review the statement made: to some degree. Understanding religious freedom, I do believe we are all entitled; these prisons we've come to know. Selfless in our approach, to recognize the action it takes to have faith I don't believe that should be a problem.

I truly feel people should have the freedom to express there beliefs as long as its in a none violent manner.