Can a Religious School Fire a Teacher for Sexual Orientation? 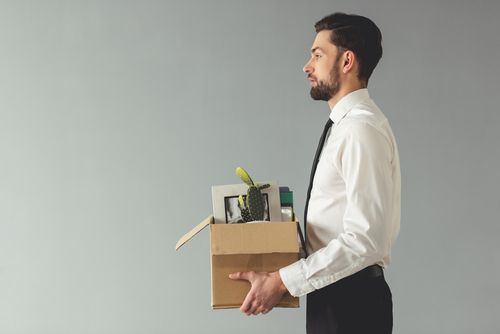 The Catholic Church is under fire yet again, except this time for allowing its schools to discriminate against and fire teachers for their sexual orientation. Most recently, two teachers at a Seattle-based school were forced out of their positions for being gay. Last summer, a school guidance counselor, who had worked for the same Indianapolis-based high school for nearly 40 years, lost her position after the school discovered she had married her partner. In early 2019, the vice president’s wife, Karen Pence, said she would go back to teaching at a Christian school that refused to hire or retain LGBTQ employees.

What is the deal with this type of discrimination? Is it legal? If the issue pertained to public schools, the answer would be a resounding no. However, because it takes place within the private, religious sector, things aren’t so clear cut.

Title VII of the 1964 Civil Rights Act explicitly prohibits discrimination in the workplace based on color, race, religion, national origin and sex. However, as with any law, there are several overlapping exemptions, especially as the law pertains to religion.

For one, an employer has the right to discriminate based on religion if religion is a necessary component of the job. For instance, it is not unreasonable to think that a Christian bookstore may only want to hire Christian booksellers. Likewise, religious schools have the right to discriminate in the hiring and retention process if the school’s curriculum propagates a particular religion. If a Catholic school’s teachings focus on conversion and faith, it can, under Title VII, hire only Catholics.

While Title VII does grant some leeway when it comes to hiring people of faith within faith-based organizations, it does not give organizations the right to discriminate based on other protected classes. This means that sexual preference is not a legitimate reason to discriminate in hiring.

Title VII’s definition of religion does not just include particular faiths but rather the practices of faiths as well. Each religion has its own set of rules and codes of conduct its followers are expected to adhere to. The Catholic Church, like many others, has strict beliefs about what it means to be a man or woman, and about sexual and romantic behaviors. If federal law protects religious affiliations’ ability to hire based on religion, then it would make sense that it would also protect their rights to hire based on adherence to religious beliefs, right?

Definition of “Sex” Per Title VII

Another consideration is the definition of “sex” under Title VII. The section disallows discrimination based on “sex,” but does the term “sex” encompass sexual orientation and gender identity? In some states, yes, but in others, case law has yet to determine the answer. Luckily for the Indianapolis-based guidance counselor, Indiana is one of a few states that has ruled that LGBTQ workers can seek protection under Title VII.

The Religious Freedom Restoration Act of 1993 may serve as a barrier to redress even when federal and state law afford protection. Per the RFRA, the government cannot discriminate on the basis of religion. While this may seem like a great thing for LGBTQ individuals, the federal law actually protects those doing the discriminating. This is evident in the outcome of the Supreme Court ruling of a case involving a transgender woman and a Detroit-based funeral home.

According to court transcripts, the woman informed her employer that she would be undergoing her gender transition soon. The funeral home fired her on the basis that the woman’s choice “violated its sincerely held religious beliefs.” For the EEOC to compel the home to retain the employer would be an overreach of government authority. The Supreme Court ruled in the funeral home’s favor.

As of right now, jurisdictions may use their discretion when overseeing cases involving religion and discrimination based on sex. However, as Americans become more progressive, that may change.

Of course they can. Those are their beliefs. I don't agree with their point of view, but they have religious freedom to indoctrinate people as they see fit (see The Constitution of the US).