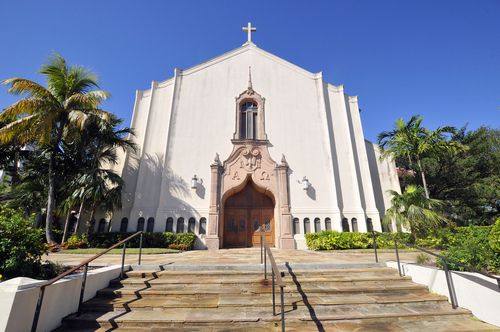 Issues concerning LGBTQ rights often pose big questions to politicians and religious leaders alike. While some churches continue to claim that having a sexual orientation other than heterosexuality goes against their teachings, others are beginning to loosen restrictions and open up to change that would allow more LGBTQ people to be accepted and even hold leadership positions within their churches. One church in which the debate is still ongoing is the United Methodist Church. One of the largest Protestant churches in the United States, the UMC has millions of members. The differing opinions held by church leaders about the LGBTQ community may permanently change its structure.

Under the current rules of the UMC, people who are openly members of the LGBTQ community are not allowed to serve as ordained pastors. Existing pastors are also not allowed to perform marriages for any same-sex or transgender couple. Those who break these rules are subject to disciplinary action and may be dismissed from their position. The church's stance on this issue has been deeply divided and up for debate for several decades. Much of the decision-making on issues such as these occurs at the general conference, where leaders vote regularly on what the group's stance should be.

Voting for a Split

Debate on the issue has gone on and ultimately led to a recent vote in February 2019, with the majority being in favor of continuing to not allow people who are openly members of the LGBTQ community to hold leadership positions in the church. While this was a majority vote, it was decided by a very narrow margin of just 53%. Since so many members feel strongly that rights should be extended to all members, a proposed compromise has been suggested that would take the form of a split in the church.

While this compromise has not yet been put into action, the plan has been mapped out and many members seem open to it. The split would involve the formation of a new group referred to as the traditionalist denomination. This new denomination would separate from the UMC over the course of several years and would grant increased rights to LGBTQ members. The plan for separation is very peaceful and orderly and includes accommodations for a slow break away from the financial ties the group would have with the UMC, in addition to allowing each individual church in the network to choose which branch it will align with.

While the proposed split provided hope for those who have spent years wanting more rights within the church, the situation remains uncertain. The final decision on the split was scheduled to take place at a conference this spring. Unfortunately, like so many large gatherings in recent months, the UMC's general conference has been put on hold due to the outbreak of COVID-19. While many members feel confident that the split will eventually take place, waiting for it to happen has put on a strain on many would-be pastors who are continuing to wait for their opportunity to take up leadership positions in the new branch. Many fear that their ability to become accepted as pastors may be put off for many more months or even years.

The issue of what rights should be extended to people identifying as members of the LGBTQ community in the United Methodist Church is an ongoing debate. While the potential split may create a workable compromise, for now, those who hope for changes to be enacted are waiting for COVID-19 threats to subside so that the final decision can be made. While it will change the face of the UMC, the compromise should prove to be the best option for members worldwide.

Whether it is slavery and the racism upon which it was predicated, the misogyny and denial of autonomy of body to women, or the thousands of years of slanderous lies against and persecution of homosexuals; it has always been “fallen humanity" that has had to drag the god of Abraham kicking and screaming up to the standards of human morality.

I encourage all Christians to follow Jesus’ teachings and to take the standard that Jesus gave you by which to judge the character of any person, place, or thing and to apply that standard to both your god and your god’s word.

The fruit of the god of Abraham is the exaltation of the immoral incestuous pervert Abraham as moral (Genesis 20:12, Isaiah 5:20). Within the myth of the god of Abraham, Jesus is the truth. All else is lies from The Liar-The Deceiver-and The Sower of Discord. It is not necessary to discard the truth in your myth in order to free yourself from the shroud of lies that is the god of Abraham.

One By Zero First Minister Jeffersonian Rationalism: Reason is the only creed.

At first they just want to be left alone. Then they want acceptance. Next they want rights. Pretty soon they demand public approval. After that they force participation.

I'm curious about this portion of your comment: "Pretty soon they demand public approval. After that they force participation."

I'm assuming that by "they" you mean homosexuals. If I am mistaken, please correct me. Assuming you are referring to homosexuals, can you explain what it is that you fear they will demand public approval of, who will they force to participate, and in which activities do you foresee them forcing participation in by others?

I am listing my email address because I would prefer to converse over email rather than to clog this blog with a conversation others may not be interested in reading.

On the topic of the article, my thoughts are posted below.

With kindest regards, One By Zero First Minister Jeffersonian Rationalism: Reason is the only creed. ThreeQuestions2020@aol.com

Man... sometimes the deep end is deeper than I remember. Thanks for reminding me.

I think "they" would be happy enough to stop at rights. I'd suggest that it is the religious folks that demand approval &amp; participation. Wouldn't you?

Yes, it is we! God put WE, US and ALL on this earth and "ALL", need to remember that. Thank you for that! 

nobody asking for nothing notenotevenotenotevenyourapproval

I thought God's Word was the only creed?!

As a practicing member and high school Sunday school teacher in the UMC i still believe the church is fighting the wrong fight. When you exclude homosexuals from being pastors ultimately what the church is saying is that Homosexuality is a sin so awful that it is above all others including murder. I know of many pastors in the UMC that have criminal records and pasts that are checkered. If we are going to ban pastor that are LGBTQ then we must ban all pastors who engage in sin, Period. The only logical fight here is whether or not to conduct a same sex wedding from our alter. Regardless of the perception of homosexuality as sin, the larger problem and bigger affront to Christ is how the LGBTQ community is treated in the church. Treated as if being homosexual makes a person a different species.