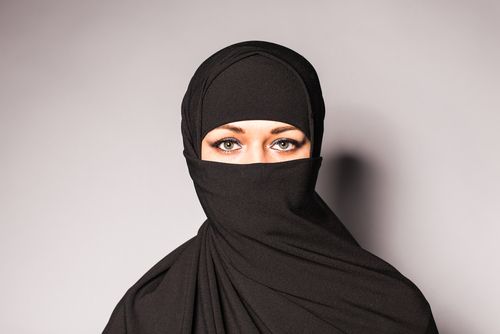 Often an incredibly controversial piece of clothing, burqas are a full-body outfit worn by some Muslim women that completely covers their face. While they are worn for religious reasons, not all Muslims wear burqas, with others opting for a hijab or no face covering at all depending on the specific school of thought. Although burqas are a part of their culture for some Muslims, many European countries frown on the wearing of them and have even put laws in place banning burqas from being worn in public areas. There are compelling arguments to be made on both sides of the issue, but the situation has recently become even more complicated due to COVID-19.

Anti-burqa laws were becoming common in the European Union before the COVID-19 pandemic. Often referred to as “burqa bans,” these laws were generally created on the grounds that allowing people to completely conceal their identity beneath a burqa or other covering was a risk to public safety. To avoid discrimination in the implementation of these policies, many anti-burqa countries use legal language that prohibits all forms of masks that hide a person’s identity in public.

Opponents of decisions to disallow face coverings try to push back against anti-burqa laws, stating that for some Muslim women they are an essential part of religious beliefs. Despite these arguments, there are several Western countries that have put these bans in place. Some offer different justifications than others, stating reasons such as encouraging immigrants to assimilate into the culture of their new home country. In North America, Canada is the only country to currently have anti-burqa laws, whereas in Europe, France, Germany, Austria, and others have all adopted similar policies.

Face Coverings as a Necessity

As the pandemic continues, it is becoming more clear to leaders around the world that mandatory masks are one of the most important safety measures to put in place. In areas where burqas have been banned, this can seem hypocritical for obvious reasons. In France, for example, a person can receive a fine for not wearing a face mask to protect from the virus, but he or she can also be fined for wearing a facial covering such as a burqa. In many countries, masks are now required on all forms of public transportation, in schools, and even in grocery stores. This can cause confusion and outright anger, especially from those who have been against burqa bans from the beginning.

By allowing other forms of facial covering but continuing to disallow the wearing of burqas, these governments are implying that burqas are banned for reasons other than general public safety. Some Muslim women living in these areas have expressed that they are disappointed and even feel personally attacked by the governments in their countries.

Further confusion arises from these situations as people are forced to use household items as masks due to a worldwide shortage of protective gear. Scarves, bandanas, and other fabric items seem to be considered acceptable while burqas are not. The governments in France and other areas have remained largely silent on the justification of these decisions.

The arguments on whether burqas should be allowed are not one-sided and continue to go back and forth. Unfortunately, the situation in many countries with regard to anti-burqa laws has been made all the more confusing and controversial by new policies that require protective face masks to be worn in public areas. As people are required to cover their faces more and more, burqas still remain banned in Canada and several European countries. People who have been prevented from wearing religious clothing that covers their face have expressed upset at the apparent hypocrisy of these policies.