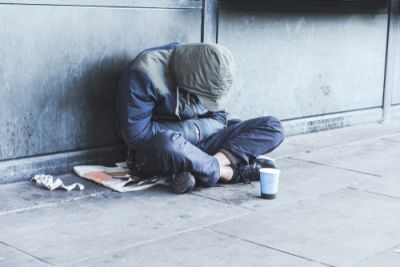 In the days leading up to Thanksgiving, Archbishop of Canterbury, the Most Reverend Justin Welby, joined faith leaders of eight other communities to condemn the “tragedy” of homelessness. Last week, he became one of 20 religious faith leaders throughout London to support The Independent’s campaign to end homelessness and to write in support of The World’s Big Sleep Out.

Homelessness: By the Numbers

In his statement, the Archbishop called homelessness a tragedy that “belongs in the past.” He further went on to state that every individual deserves access to stable and safe housing and that such basic necessities are vital to a person’s equality, justice and dignity. The representatives, which include Hindus, Jews, Muslims, Sikhs, Quakers, Buddhists and Zoroastrians, said in a collective statement that they care “deeply about the welfare and whole of society,” and that they were excited about the opportunity to help redress the social injustice that is homelessness. That said, how bad is the homeless problem throughout the U.K. and the world?

On December 7th, a target of 50,000 people across 49 cities across the globe will participate in the world’s largest of display of solidarity with those who experience homelessness or who have been displaced. The event is known as The World’s Big Sleep Out, a campaign founded by Josh Littlejohn MBE, co-founder of Scotland-based Social Bite. To make the event possible, Social Bite partnered with UNICEF USA, the Institute for Global Homelessness and Malala Fund.

The Right Reverend Dame Sarah Mullally, the Bishop of London, calls on city residents to show their support by joining thousands of others in the event. Those who choose to partake will lie in sleeping bags and on cardboard boxes on the concrete and in the cold for one night. The goal is to highlight the struggle rough sleepers endure on a nightly basis.

The Goal Is To Raise $50 Million

Social Bite and partners’ goal is to raise $50 million through donations and registration fees. One hundred percent of the $50 million in proceeds will go directly toward efforts to combat homelessness around the globe. “Teams” that sponsor a sleep out have the choice to donate 50% of the funds they raise to a charity of their choice, while the remaining 50% will go toward The World’s Big Sleep Out fund.

To reach the goal, the event sponsors have enlisted the help of celebrities and famous influencers. Will Smith will participate in a storytelling in New York Times Square, while Dame Helen Mirren will share a story in London’s Trafalgar Square. In addition to celebrities, a diverse group of CEOs, politicians and entertainers will also show their support in one of the 49 cities in which the event will take place. The World’s Big Sleep Out is a play on Social Bite’s 2017 and 2018 successful Sleep in the Park events, which were held in Edinburg, Aberdeen, Dundee and Glasgow. The two events in the four cities alone raised a collective $10 million.

London’s 20 religious leaders who have chosen to support the event can all agree that no one should have to face the prospect of not knowing where they will rest their heads at night. This event is meant to shed light on the pervasive and alarming homeless problem across the globe.