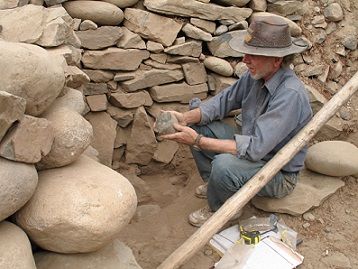 In 2016, the most notable archaeological find was when the tomb of Christ was unsealed. Workmen discovered that the site was preserved better than historians expected. Unless you follow archaeology circles, you may not have heard that scientists have dated the construction of the Church of the Holy Sepulchre in Jerusalem to AD 345, which supports the traditional thought of when the church was constructed. As restorations continue, it’s expected that there could be more scientific discoveries that support early Christianity.

Last year, archeologists made other discoveries that help society better understand biblical times. These findings help put history in context to increase knowledge about Christianity and its influence on ancient times. Here are some of the most promising discoveries.

An archaeologist and historian from Kinneret College have been excavating a site with three Byzantine churches near Galilee. The mosaics they’ve uncovered date to the fourth and fifth centuries, which is evidence for the spread of Christianity into the area. One mosaic seems to indicate that women played a prominent role in the early church. A woman donor to the church’s construction is mentioned. It’s believed that the site was a monastery and a center for ancient pilgrims. Only a small part of the center has been uncovered. Just a few months ago, another mosaic floor was discovered. It was superbly preserved, according to the archaeologist. As the floor is studied, it could reveal much more about Christianity in the region.

The reigns of Kind David and Solomon are often called into question because there is a lack of evidence that supports the powerful kingdoms. Archaeologists from Tel Aviv University believe that animal waste found at Timna, ancient copper mines in southern Israel, may offer insight that Jerusalem was a centralized power in the time of David and Solomon. Donkey dung was tested and estimated to be about 3,000 years old. The diet of the donkeys indicated that the feed came from around Jerusalem. It’s an amazing discovery. Not only could scientists analyze and date animal waste, but they could tell where it came from.

The City of David is one of the oldest sections of Jerusalem. The Israel Antiquities Authority (IAA) recently exhibited clay seals that were excavated from the site. The seals have been dated to the time when Israel had northern and southern kingdoms. Based on names on the seals, historians can connect refugees from the northern kingdom of Israel who found positions in the southern kingdom of Judah. This could give us a better understanding of the Old Testament books of the Bible when Israel was divided.

The Dead Sea Scrolls were discovered in caves near the Dead Sea over 70 years ago. A team of archaeologists recently identified one of the caves where the scroll materials were believed to be stored. They found broken pottery and a scrap of rolled papyrus in the cave. Pickaxes dating to the 1950s-era were also found. The scientists believe this indicates the cave had been looted years ago.

The IAA has been excavating a site near the heart of the Old City and discovered a structure they believe is a theater from when the Roman were prominent in Jerusalem. It’s unsure whether the theater was used for entertainment or government meetings, but the IAA thinks that the theater could seat around 200 people. Scientists are still dating the area, but early estimates place it around 100 years after Christ died. It was a surprising discovery that is in relatively good condition considering its age.