This is the third installment of the ULC Ministries's "Fear Blog" series where we highlight the ways in which fear is used in inappropriate religious contexts. In this installment we discuss Pastor Aaron David Richey's article in the most recent newsletter released by charismamag.com, a magazine published for Pentecostal Christians. His article details his thoughts on gay marriage, specifically the threat it poses to American society. Read below for our highly editorialized reaction to his thoughts. 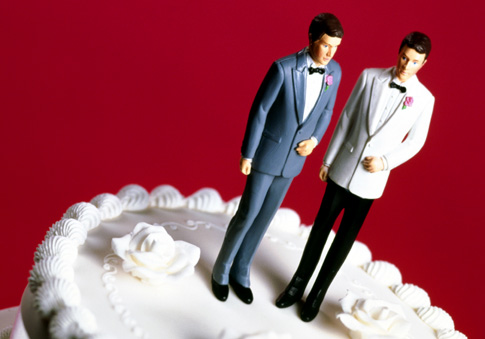 Gay marriage is undeniably one of the most contentious political, social and religious issues of our time. The bill in support of legalized gay marriage that recently passed in the New York State Senate has served to stir up a homophobic hornets nest of biblical proportions. So, while many gay - and straight - Americans believe that the New York State Senate's decision is a step in the right direction, others, like Pastor Aaron David Richey, think otherwise.

"I'm not afraid of the many disasters that are happening simultaneously in our world," Pastor Richey said. "I'm not afraid of all the wars that are currently raging on almost every continent on the globe. The potential for nuclear accidents globally doesn't frighten me."

Whoa! Pastor Richey's statement makes it sound like he at some point in his life received a healthy infusion of Chuck Norris. If war and nukes don't phase him, Pastor Richey must not be scared of anything. Tell us more about your fearlessness, Pastor Richey!

"What terrifies me are good men and women saying and doing nothing when politicians we voted into office are making moral laws [which allow gays to marry] that contradict everything a Holy God stands for," Richey said.

Look, folks. Forget war, famine, environmental and nuclear disasters - Pastor Richey and his ilk claim that gay marriage is the most important issue facing the human race so let us focus on that. God forbid - GOD FORBID - gay and lesbian Americans acquire the right to marry each other because if our democratically-elected politicians allow them to do so it would contradict literally everything that God, a being known for his loving and compassionate disposition, vehemently condemns.

At this point readers may be wondering why Pastor Richey feels as strongly as he does against gay marriage. He elaborates for them without hesitation.

"Civil liberties [of gays] - which is how proponents of legalizing perversion are categorizing same-sex marriage - ought not to infringe on the civil liberties of other citizens," Pastor Richey says. "I have a right to live in a community that does not force me to agree with and defend perverted sexual acts between two people." 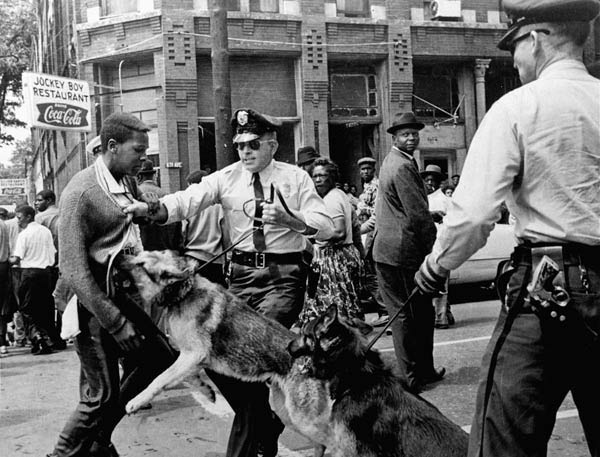 This statement is odd given the fact that half a century ago America's hot-button topic was the institutionalized racism that put a damper on the civil liberties of African Americans (like Pastor Richey) by virtue of Jim Crowe laws. Gay and lesbian Americans are the only class of people in American society that are treated by law as second-class citizens, as African Americans were during the Civil Rights Movement in the 1960's and before.

Given this fact, Pastor Richey either forgets the fact that black people in his parents generation were denied their civil liberties because racist whites didn't want to live in a community where they were forced to recognize the humanity of their colored neighbors OR he chooses to disregard this fact entirely to allow his discomfort with gay marriage to proliferate without internal moral conflict. The ULC Ministries is not sure which of the above two options is worse.

It is the opinion of the ULC Ministries that every person is entitled to their own opinions, and thus no one should be forced to approve of gay marriage if they do not want to. A line is crossed, however, if a person actively wishes to deny a group of people civil liberties and actively or passively condones the treatment of an entire class of Americans as second-class citizens. Some may invoke the will of God, Jesus or America's Founding Fathers to rationalize the discrimination of gay Americans, but in a land where individual freedoms and the basic rights of man are supposed to ring true no person should wish to reduce any group of people to a lower legal status based on the way in which they were born. Pastor Richey, as both a Christian minister and an African American, should understand and comply with these sentiments. God, Jesus and the Founding Fathers would certainly not fall into Pastor Richey's camp were they with us today.

The ULC Ministries chooses to pick apart the hateful words of people like Pastor Richey not because of his individual sentiments about the controversial topic of gay marriage but because these very thoughts are shared by an alarmingly large number of Americans. It is the duty of every ULC Ministries minister to be on guard for prejudice of this nature and fight it whenever it is encountered.

Note: this blog post is not interested in creating "white guilt". The ULC Ministries is merely trying to point out the intolerant nature of Pastor Richey's words and their inconsistencies.