About The ULC's Non Denominational Ordination 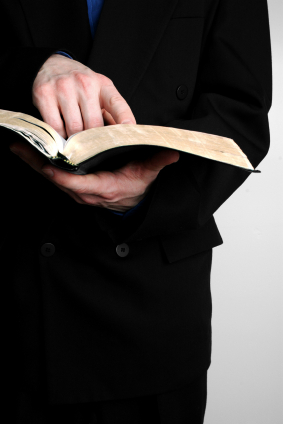 A concern frequently raised by those who are interested in becoming ordained online through the Universal Life Church Ministries pertains to what exactly our non denominational ordination means. These laypeople generally ask about our religious affiliation and whether or not other religions or denominations recognize our organization and ordination.

The ULC Ministries is a non-denominational church, meaning that it does not adhere to the doctrine, beliefs, and practices of any one denomination or religion. Its ministers are able to practice whatever faith system they choose, even if their beliefs were divined by them and then practiced by them alone. This means that the ULC has a non denominational ordination; it is probably not recognized by any "conventional" church but allows our ministers to incorporate all of these churches' beliefs.

In this way, a baptism performed by someone using their non denominational ordination from the Universal Life Church will probably not be recognized by the Catholic church, even if the baptismal ceremony was performed in the Catholic style. While this is unfortunate, the flexibility of the ULC's non-denominational nature would allow this same minister to perform a baptism in the Jewish style and a Hindu-themed wedding ceremony the following week using the exact same non denominational ordination. This kind of flexibility allows our ministers to provide services for their communities in a religious capacity in ways that ministers of "conventional" churches cannot; our organization would rather have this be the case than to have our ordination recognized by a mere one or two denominations.

So why does the Universal Life Church Ministries choose to offer a non denominational ordination? As you may or may not be aware of, other branches of the ULC strongly associate themselves with one specific religion (Christianity); why does the ULC Ministries insist on incorporating everyones' spiritual beliefs?

Besides the aforementioned benefits associated with the flexibility of having a non denominational ordination, the Universal Life Church Ministries firmly believes that all religions and spiritual beliefs are inherently equal. As our mantra "We are all children of the same universe" implies, myself, you, and anyone who reads this blog post are all ultimately the same; we are all beholden to the same laws of the universe regardless of our political, religious, social and national identities. Embracing only one religion effectively implies that that religion is superior to all others, a stance that is both a) patently false in all cases and b) reduces the humanity of those who do not adhere to that religion solely due to their religious identity. People are far too complex to be judged on a single aspect of their being and, as such, the ULC Ministries refuses to form an exclusive club reserved for only a select few.