A Week of Prayer for Christian Unity 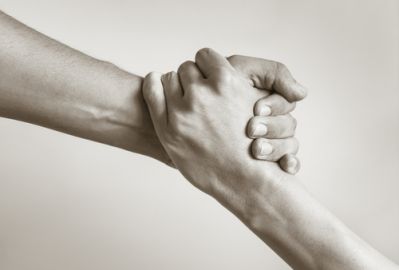 In 1908, Father Paul Wattson conceived an idea known as the Octave of Christian Unity. Wattson is one of the cofounders of the Graymoor Franciscan Friars, a branch in the Catholic Church. He wanted the church to focus on prayer for unity. The week begins on January 18, the Feast of the Confession of Peter, and ends eight days later on the Feast of the Conversion of Saint Paul.

Pope Pius X blessed Wattson’s idea. For many years, it was only celebrated in the Catholic Church. In the 1920s, Protestant leaders made a similar proposal and celebrated a week of prayer before Pentecost Sunday. In 1941, the two groups came together and observed the Week of Prayer for Christian Unity at the same time.

“In all the communities which the LORD, your God, is giving you, you shall appoint judges and officials throughout your tribes to administer true justice for the people.

Justice, justice alone shall you pursue, so that you may live and possess the land the LORD, your God, is giving you.”

This year’s theme is “"Justice, Only Justice, You Shall Pursue” from the scripture quoted above. The World Council of Churches publishes material that can be used for this remembrance, and the focus is on corruption, greed and injustice. The WCC published a collection of reflections to be used this week. Christians in Indonesia prepared theses readings; they know the problems of corruption firsthand, but still they find hope in prayer.

In this reading, you’re challenged to consider how you treat the oppressed and poor through the week, outside of Sunday worship.

This reading discusses gossip and malicious rumors in the fight against violence. It’s a reminder to stop spreading lies and deceit. Instead, be an agent of peace and spread good news to all.

Day 3 - “The Lord is gracious and merciful to all”

Women have been greatly oppressed in Indonesian culture. The scripture that accompanies this reading is from the first chapter of Matthew, in which four women were named as ancestors of Jesus. Two of the women weren’t Jews. The lineage also lists at least three ancestors who are often remembered for their sinfulness.

Scripture teaches that material things should not be a Christian’s first concern. Greed is often a precursor to corruption and injustice. Even though the earth has plenty of fresh water and food to provide for many, some people lack basic necessities. By living more simply, can the earth be a more just place for all?

Economic exploitation is rampant around the world. Many people exploit the poor for profits. How can Christians do their part to bring peace when economic issues threaten violence?

Today, the focus is on the marginalization of women, not only in scripture, but in current times. Christians in Indonesia are taking action against human trafficking, but the number of victims increases annually.

Day 8 - “The Lord is my light and salvation”

The situations that have been addressed this week are difficult. One church alone cannot rise to the challenges in today’s world. Unity is needed to make changes, and Christians cannot lose hope.

During the week, reflect on the injustice in the world and consider how you can contribute to stopping it. Join in unity with other Christians to renew hope.