A History of Favorite Christmas Carols 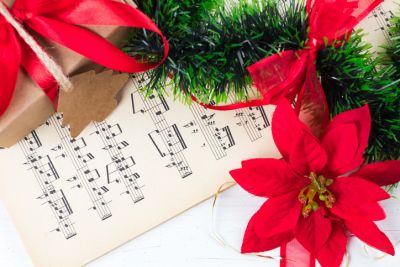 A carol is a song (or dance) of praise and joy. Christmas carols have messages of happiness, anticipation and fun. Although many people do complain about hearing the same Christmas music over and over throughout the season, we remember carols because of their themes. We thought you’d like to know some of the backstories to the songs that tell the Christmas story.

Joy to the World

Joy to the world

The Lord has come

Let every heart prepare Him room

And heaven and nature sing

And heaven and nature sing

Isaac Watts is credited with writing over 750 hymns, but this has to be one of his best works. Watts lived in England, but his father did not accept the Anglican church. Still, the family was quite religious. Watts believed that the Psalms were too difficult to sing in their English translation. He adapted the Psalms for use in worship by an English audience. “Joy to the World” is based on scriptures found in Psalm 96 and 98. It’s thought that George Frederick Handel provided the music for this beautiful song, but some hymnals credit the music to another musician, Lowell Mason. Mason composed over 1,600 hymns, many of which are still sung today.

How still we see thee lie

Above thy deep and dreamless sleep

The silent stars go by

Yet in thy dark streets shineth

The hopes and fears of all the years

Are met in thee tonight

Philip Brooks, an Episcopalian priest, wrote this carol that tells a story about Jesus’ birth. Brooks wasn’t a hymnist, nor was he an especially well-known priest. It is thought that he introduced Helen Keller to Christianity. This song was written after a trip to the Holy Land. Brooks rode horseback from Jerusalem to Bethlehem on Christmas Eve in 1965. He was so moved that he penned this carol that we still sing today, over 150 years later.

It is the night of our dear Saviour's birth.

Long lay the world in sin and error pining,

Till He appear'd and the soul felt its worth.

A thrill of hope, the weary world rejoices,

For yonder breaks a new and glorious morn.

A French poet, Placide Cappeau, composed the lyrics to this carol at the behest of a priest in the town. Adolphe Charles Adams, who composed the ballet “Giselle,” provided the music. The song was loved by the French people, but it was banned in France because Cappeau was a socialist and Adams was a Jew. Legend has it that on Christmas Eve, during the Franco-Prussian War in the midst of a fierce battle between the two factions, a French soldier began singing the song. Once he finished, a German soldier sang a Martin Luther hymn. The fighting stopped for 24 hours in remembrance of the holiday. The French church re-embraced the song.

John Sullivan Dwight, a music critic, abolitionist and Unitarian minister, translated the song for American audiences. He was moved by lines in the third verse:

Truly He taught us to love one another;

His law is love and His gospel is peace.

Chains shall He break for the slave is our brother;

And in His name all oppression shall cease.

Sweet hymns of joy in grateful chorus raise we,

Let all within us praise His holy name.

The song resonated with the people in the north who wanted to ban slavery. The rest is history. This song is very popular today, even among the nonreligious.